PM To Private Sector: Go Ahead With As Many Projects As Possible 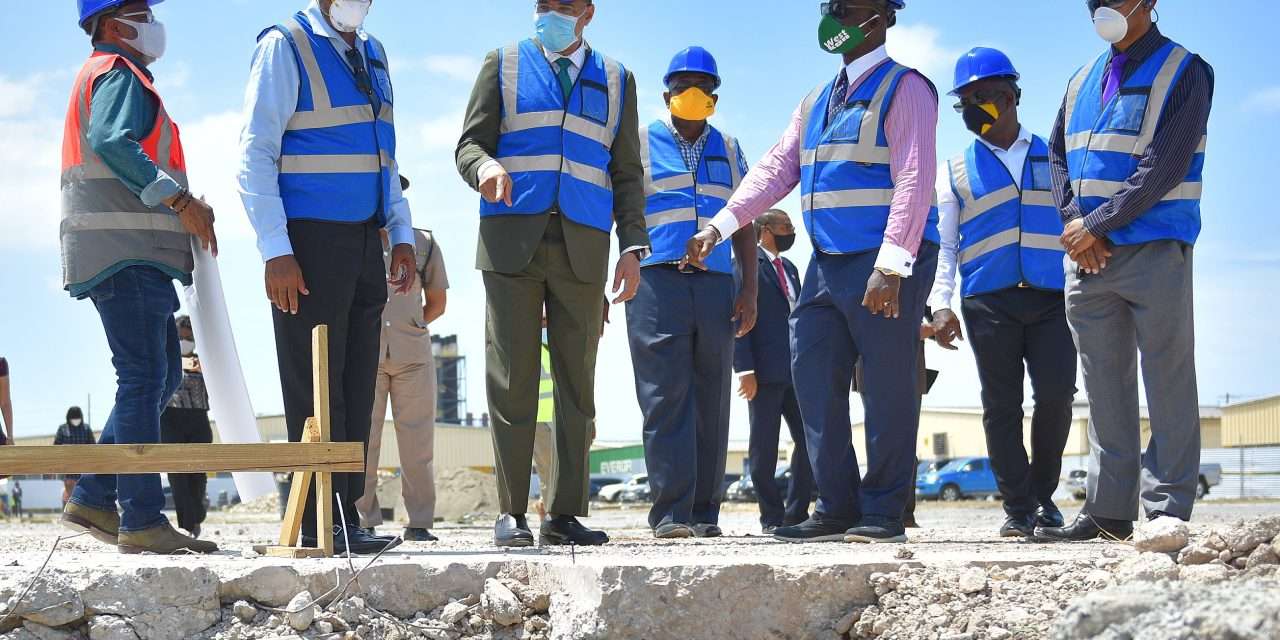 CAPTION: Prime Minister, the Most Hon. Andrew Holness (third left), views work being carried out under the Factories Corporation of Jamaica’s (FCJ) redevelopment and expansion project at the Garmex Free Zone Complex on Marcus Garvey Drive in Kingston, during the groundbreaking and tour of the project site on Wednesday (May 13). Among those accompanying him are FCJ Chairman, Lyttleton Shirley (second right); and Local Government and Community Development Minister and Member of Parliament for West Kingston, where the complex is located, Hon. Desmond McKenzie (third right).

Prime Minister Andrew Holness is urging members of the Private Sector to proceed with as many projects as possible, to re-ignite growth in the economy.

He says adopting what he calls a ‘wait and see’ approach, will exacerbate a possible recession in the economy.

The Prime Minister says he accepts that the COVID-19 pandemic will cause government revenues to fall and impact the cash flow of businesses.

But he says both the government and the Private Sector must do as much as they can to return the economy to normal.

The facility aims to provide more spaces for manufacturing, agro-processing and warehousing.

In the meantime, Prime Minister Holness says Jamaica could benefit from an increase in Business Process Outsourcing if the nation moves quickly to adjust to the new COVID-19 realities.

Mr. Holness says while other countries have lost BPO business, Jamaica has managed to retain those already operating in the space.

The BPO industry came under greater scrutiny due to the discovery of a significant COVID-19 workplace cluster at the Alorica call centre in Portmore, St. Catherine.

This triggered an industry wide inspection which is ongoing.

Mr. Holness says some 40 entities have now been cleared to continue operations.

He also says legislation may need to be introduced to facilitate BPO operations being carried out from the home of employees.

He was speaking in Parliament on Tuesday.