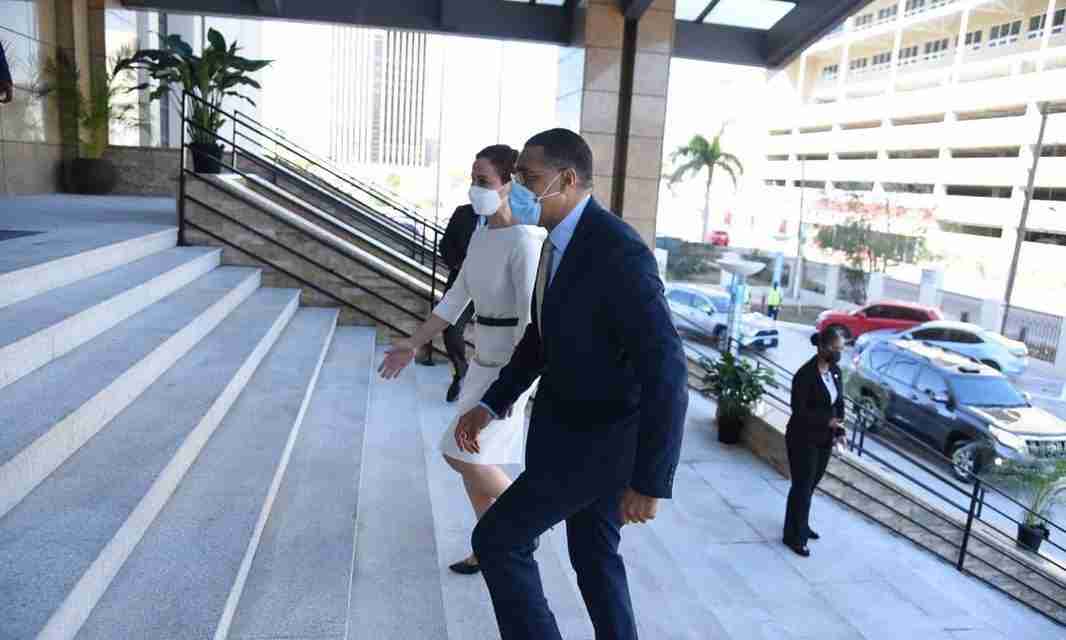 Nationwide News understands that Prime Minister Andrew Holness is to depart the island today with a top level government of Jamaica delegation bound for the Rwandan capital, Kigali, ahead of the high profile 2022 Commonwealth Heads of Government meeting where a new secretary general is to be elected.

Voting in the election is to reportedly begin tomorrow and end on Thursday this week.

The Prime Minister is to have a raft of bilateral meetings on his arrival in Kigali.

Minister Johnson Smith reportedly arrived in Kigali today and is also set to have a series of bilateral meetings.

It’s understood that Tourism Minister, Edmund Bartlett is also in Rwanda for the summit.

Sources in Baroness Scotland’s camp have told our news centre that she’s hopeful that she will garner enough votes to hold on to the post.

But Government of Jamaica sources say they are confident Jamaica via Minister Johnson-Smith will prevail in the election by securing a majority of the 54 votes.

The commonwealth heads of Government meeting is to take place from today June 20 to June 25 under the theme ‘Delivering a Common Future: Connecting, Innovating, Transforming.