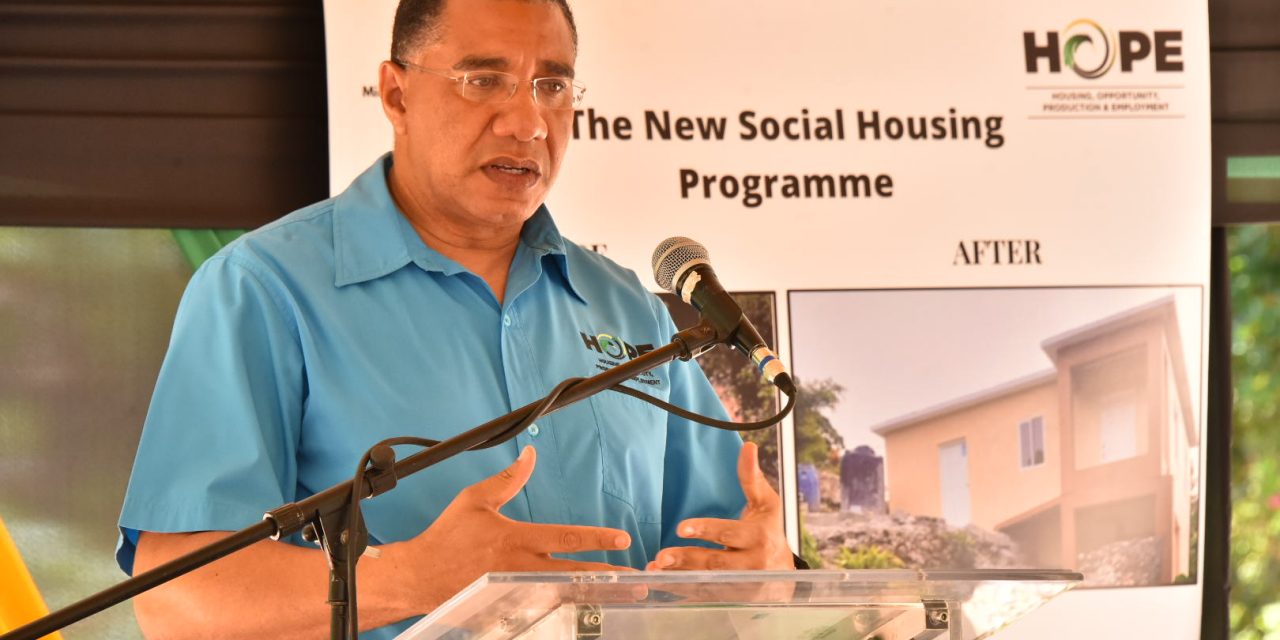 Prime Minister Andrew Holness is urging the public to take all precautionary measures in light of the incoming Tropical Depression Nine.

He says about 70 fishers have refused to return to shore despite warnings given by the Meteorological Service.

The prime minister warned the fishers that the coast guard will not be able to carry out rescue operations once the system makes landfall.

He was speaking this afternoon at the Handing Over of Indigent Houses at Belrock in West Central St Andrew.

Meanwhile, local government minister, Desmond McKenzie, says a national alert has not yet been declared for the over 900 shelters currently on standby.

He says the Office of Disaster Preparedness and Emergency Management will work on a 24-hour basis starting tonight. The minister was speaking this afternoon at the Handing Over of Indigent Houses at Belrock in West Central St Andrew.

Minister McKenzie is urging citizens not to put themselves in any danger as the system passes.