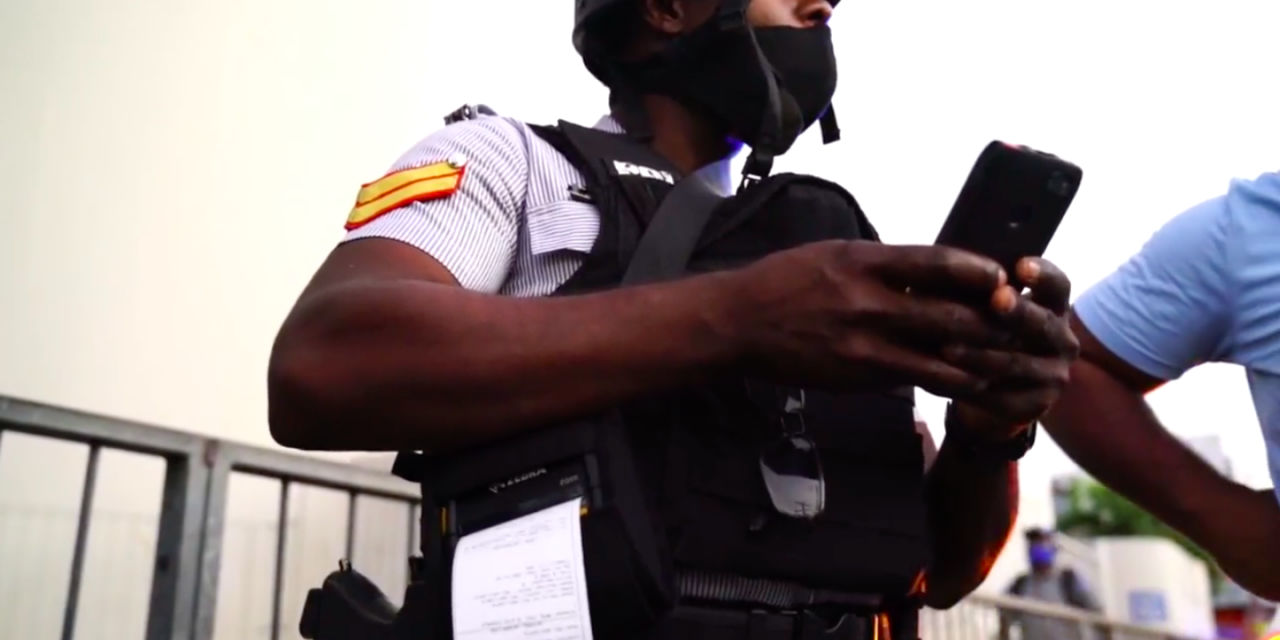 McKenzie was speaking at today’s pilot testing of the devices with the Jamaica Constabulary Force, JCF, in Half Way Tree.

ACP McKenzie explained that tickets can be issued on the spot to those drivers who are caught.

ACP McKenzie says information such as the offences and Court dates are also indicated on the spot.

He added that the information is then sent to the Tax Administration of Jamaica, TAJ, to provide drivers with the option of online payment.

And, ACP McKenzie noted that based on the pilot testing today, the process will reduce the traffic ticket backlog.

ACP Gary McKenzie, Head of PSTEB speaking with Nationwide News in Half Way Tree this morning..