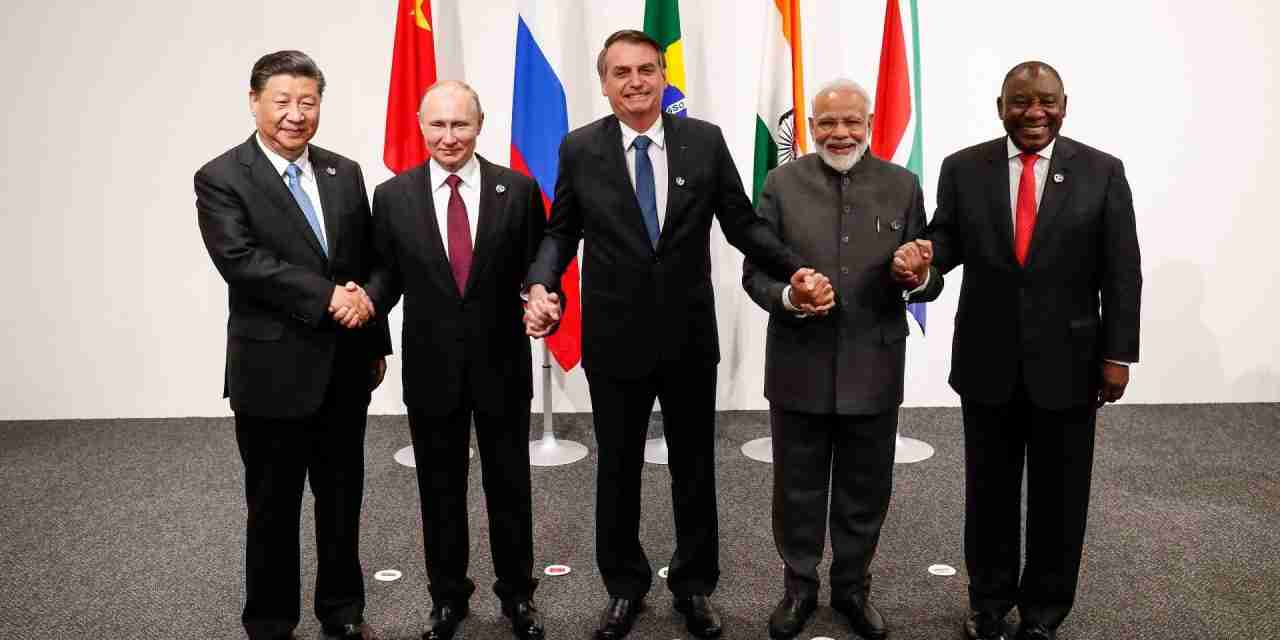 Russian President Vladimir Putin says Moscow is rerouting trade to what he calls reliable international partners such as Brazil, India, China and South Africa as the West attempts to sever economic ties.

Putin was speaking in his opening video address to the participants of the virtual BRICS Summit this afternoon.

BRICS refers to an informal grouping of the five developing economies.

According to Putin, trade between Russia and the BRICS countries increased by 38% and reached $45 billion in the first three months of the year.

Russia is also ramping up oil exports to China and India, which have been snapping up barrels at a hefty discount.

China’s crude imports from Russia soared to a record level in May, ousting Saudi Arabia as the country’s top supplier.
Putin added that Russia’s system for messaging between financial institutions is open to connecting banks from the five countries, and that Moscow is finding new ways to transact without relying on currencies such as the dollar or the euro.