Quick Action by JCF Prevents Potential Murder in Mandeville: One Nabbed, One Killed in Shoot-out 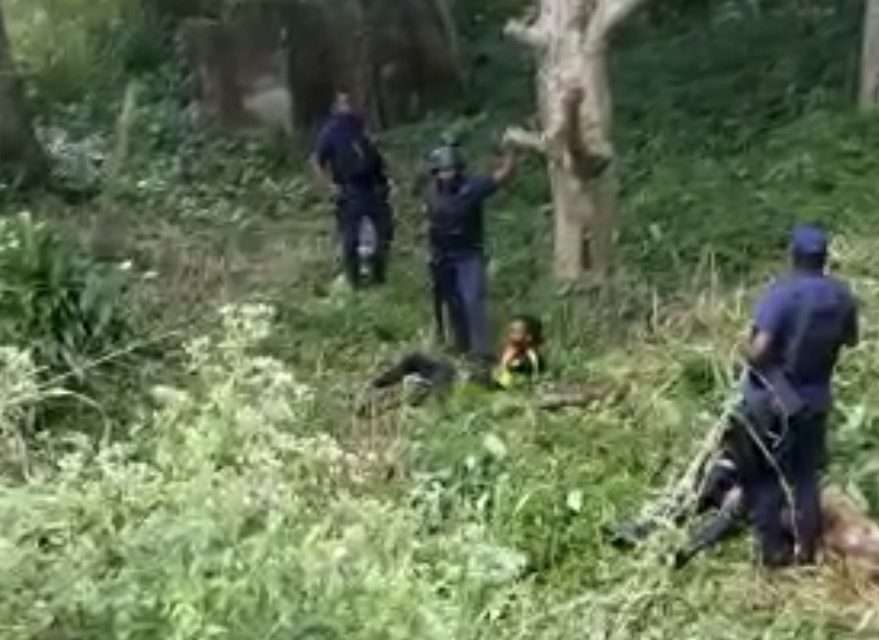 The police say their proactive action prevented what could have been murder and mayhem in Manchester, yesterday afternoon.

One reported criminal is now dead, while another has been detained by the police after a gun battle in Greenvale, Mandeville.

Two members of the JCF were also injured during the shoot-out.

That’s according to the Head of the Constabulary’s Corporate Communications Unit, CCU, Senior Superintendent of Police, SSP Stephanie Lindsay.

Videos surfaced on social media yesterday of what appears to be the police detaining one man in a wooded area.

Another video shows the police moving what appears to be the lifeless body of another man.

SSP Lindsay says the police are continuing their investigation as other alleged members of the group reportedly escaped.

Meanwhile, SSP Lindsay says one of the two Constabulary members, who were shot, was protected by a ballistics vest.

SSP Stephanie Lindsay, Head of the Constabulary’s CCU, speaking in pre-recorded audio released by the JCF.