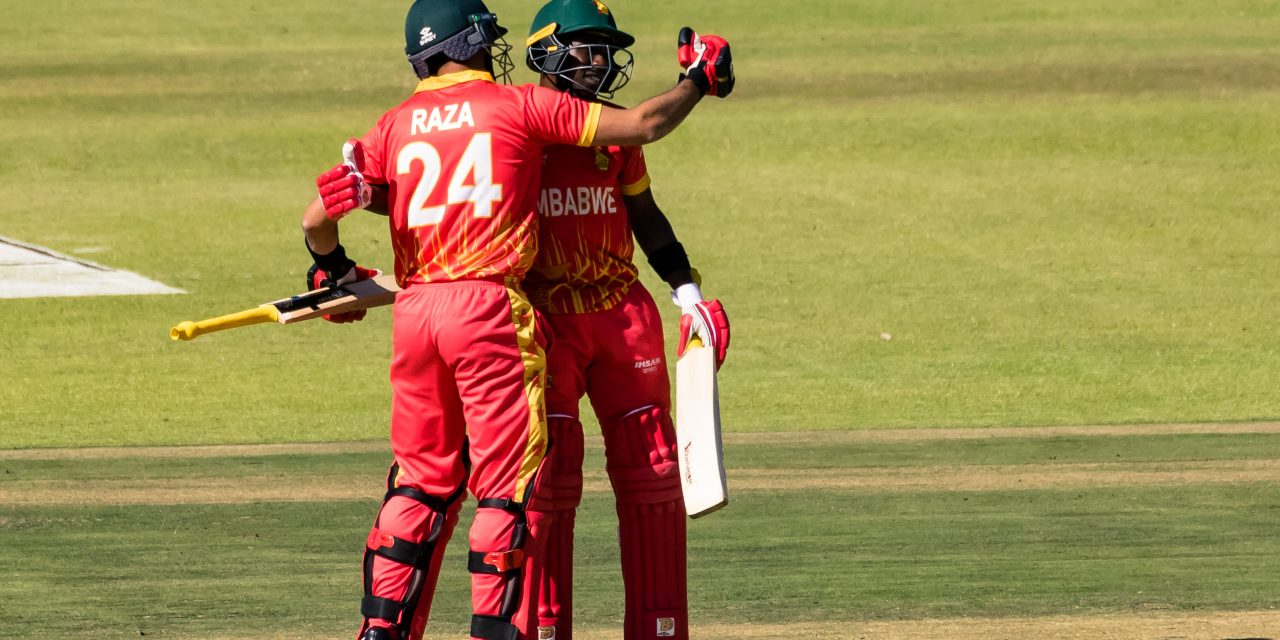 Sikandar Raza and Innocent Kaia struck brilliant centuries to help Zimbabwe beat Bangladesh in a One Day International, ODI, for the first time in nine years.

The pair added 192 runs for the fourth wicket ,breaking a 25-year old partnership record and becoming the new best for Zimbabwe against Bangladesh. Raza and Kaia also became only the second Zimbabwean duo to score centuries in the same ODI innings.

It was Zimbabwe who won the toss and sent Bangladesh in to bat. They posted a challenging 303 for 2 from their 50 overs, with the top four batsmen scoring half centuries. Opener Liton Das top scored with 81, Anamul Haque (73), captain Tamim Iqbal (62) and Mushfiqur Rahim 52. Iqbal became the first Bangladesh player to score 8000 runs in One day international cricket.

Zimbabwe made light work of the target on the back of centuries from Kaia and Raza, and won with 10 deliveries to spare.

Bangladesh would rue their poor finishing with the bat as they become the fourth team in ODI history to lose a game in which they lost only two wickets.

Game two will be played on Sunday in Harare.