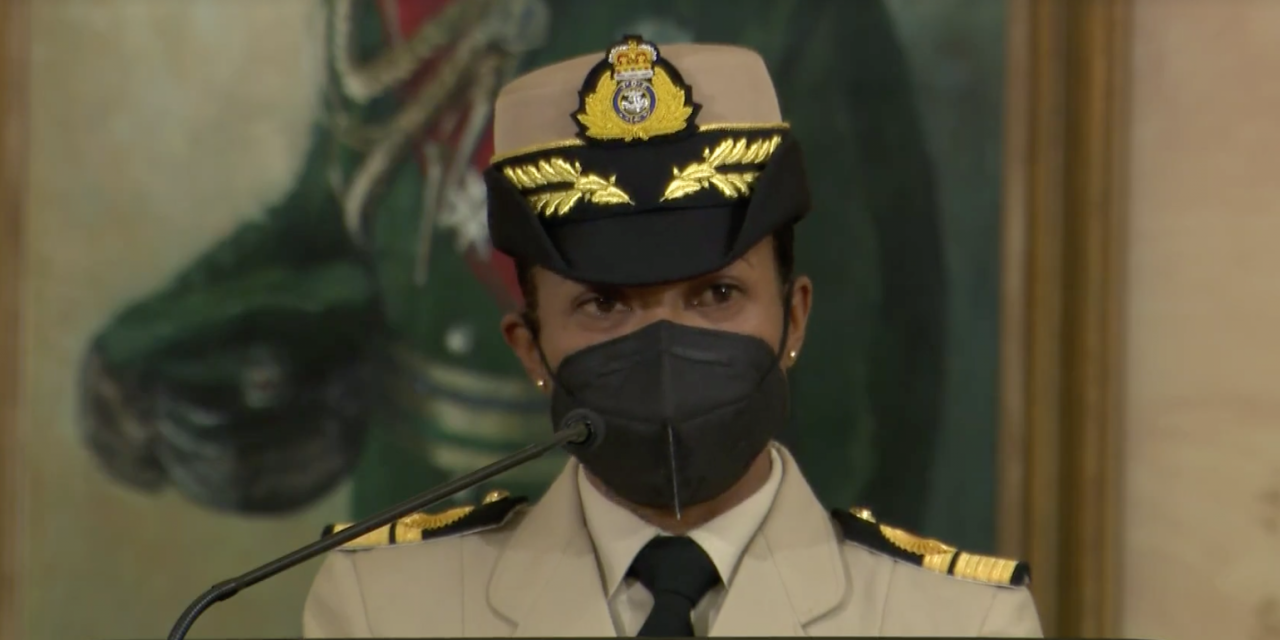 The Jamaica Defence Force, JDF, has officially sworn in its first female Chief of Defence Staff.

The historic appointment makes Wemyss Gorman the first woman to ever hold the position, which takes effect tomorrow.

Wemyss Gorman was promoted to the rank at her swearing in ceremony at King’s House.

Rear Admiral Wemyss Gorman has served as a career officer in the army for the past 29 years.

She established the Caribbean Military Maritime Training Center and the Maritime Air and Cyber Command.

Speaking at the ceremony, Rear Admiral Wemyss Gorman pledged to carry out strategic leadership in the Force.

She says accountability will be play a major role in maintaining the integrity of the JDF.

Meanwhile, Prime Minister Andrew Holness expressed confidence in the leadership capabilities of Wemyss Gorman in combating the culture of violence in the country.

Prime Minister Andrew Holness speaking at the swearing in ceremony this afternoon.