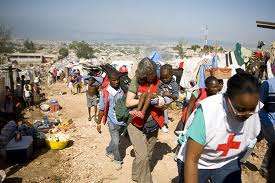 The American Red Cross is defending its operation in Haiti against claims that it wasted half a billion dollars that should have gone into helping the country rebuild from the devastating earthquake in 2010.

The Red Cross has admitted to building only 6-houses but says it couldn’t build more because there were issues with land ownership and obtaining land titles.

It says it used other methods to improve housing after the earthquake, including rent subsidies, home repairs and retrofitting.

The Former Haitian Prime Minister, Jean-Max Bellerive, is also challenging another Red Cross claim that it spent half a billion US dollars to help 4.5 million Haitians get “back on their feet.”