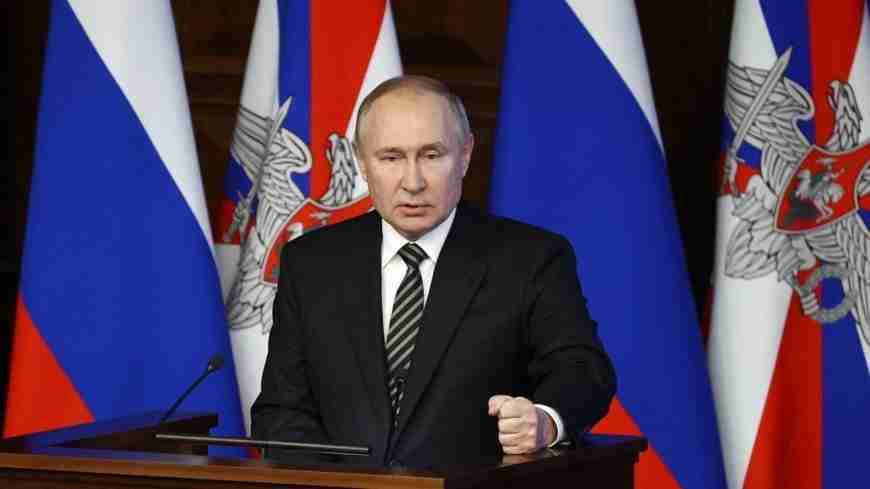 Russia has begun implementing plans to call up reservists to fight in Ukraine after suffering setbacks there.

Russian police are reported to have arrested hundreds of protesters rallying against the Kremlin’s decision to call up thousands of extra troops to fight in Ukraine.

Russian human rights group OVD-Info put the total at more than 1,300. The largest numbers arrested were in St Petersburg and Moscow.

Flights out of Russia sold out fast after Vladimir Putin’s announcement.

Pictures on social media showed long queues at border posts, and on Google, the search for “how to leave Russia” skyrocketed.

Kremlin spokesman Dmitry Peskov has not denied media reports that some protesters were given draft papers.

Meanwhile the BBC has spoken to young men fleeing over the border into Georgia – one of the few remaining countries Russians can get to without a visa.

Russia’s president ordered a partial mobilisation, meaning some 300,000 military reservists – but not conscripts – will be drafted to bolster Russia’s forces who have suffered recent battlefield reverses in Ukraine.

The move came a day after occupied areas of Ukraine announced snap referendums on joining Russia.

And in remarks condemned by Ukraine and its allies, Mr Putin stressed that he would use “all available means” to protect Russian territory – implying this could involve nuclear weapons.

And Ukraine is celebrating a prisoner exchange which saw more than 200 prisoners of war released by Russia. They include more than 100 members of the Azov Battalion, hailed as heroes for mounting resistance at a steelworks in Mariupol.

Five British nationals also freed have arrived back in the UK.