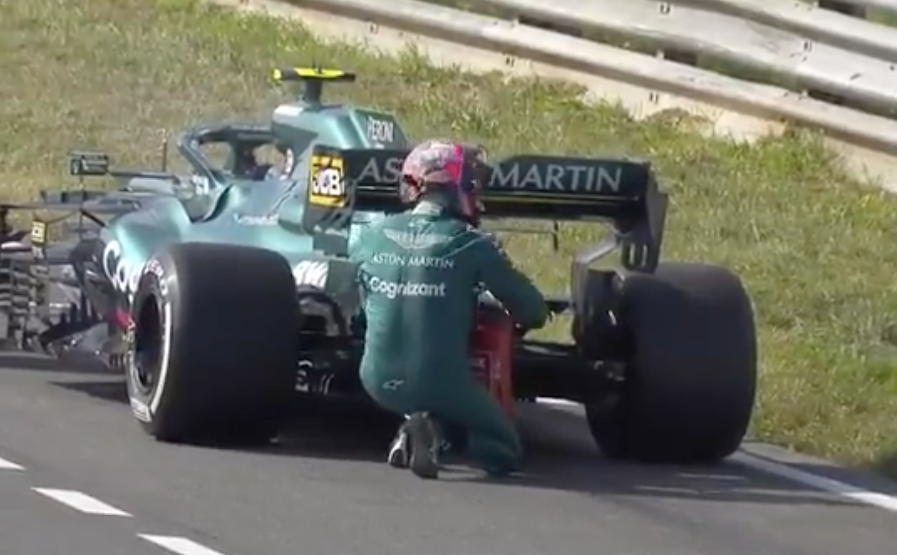 Sebastian Vettel had to run and grab a fire extinguisher as his car caught fire during Dutch Grand Prix practices.

The four time world champion was forced to pull over after suffering engine failure. He jumped out of his Aston Martin and quickly realized that it had caught fire.

The 34 year old rushed to the side of the track to grab a fire extinguisher and put out the blaze, with the help of the marshalls.

Meanwhile, Lewis Hamilton’s preparations for the Dutch Grand Prix were also dealt a blow after he broke down in practice.

Only five minutes of the second session had passed when Hamilton came to a halt in his Mercedes following an engine failure.