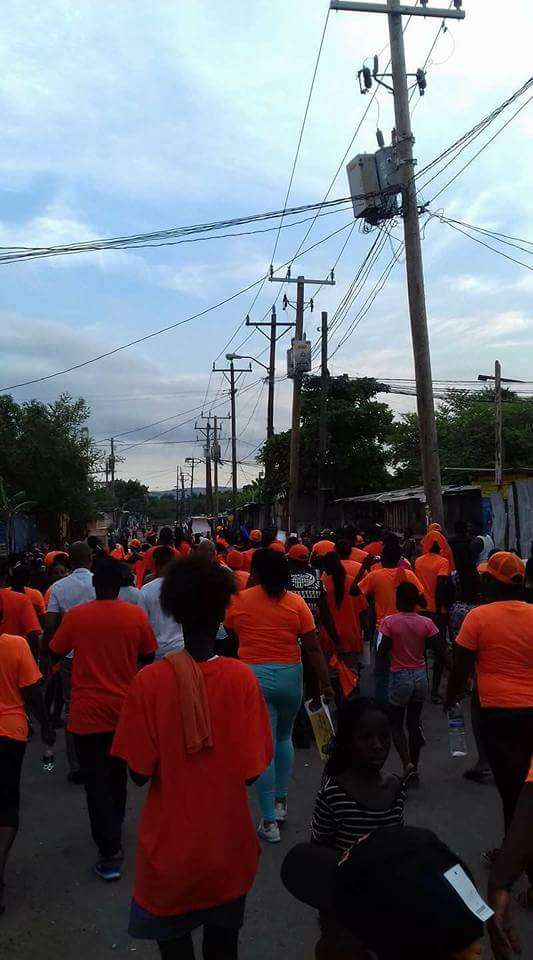 There are allegations that intimidation and threats of violence have become part of the political campaign in South West St. Andrew where two People’s National Party (PNP) candidates are vying to become the constituency’s next representative.

The claims have come from one side, delegates supporting longtime Councillor in the constituency, Audrey Smith-Facey.

The delegates, Sharon Dillion and Patricia Dillion, made the claims this morning in an interview on Cliff Hughes Online on Nationwide 90 FM.

In a symbolic gesture, they sat side by side. But symbolism aside, it appears the tensions in the constituency between their rival campaigns are worsening.

Sharon and Patricia Dillion are sisters and delegates in South West St. Andrew.

In Thursday’s interview, Sharon claimed she and her sister are being threatened because they’re supporting Mrs. Smith Facey.

Sharon says she and other people in the constituency who’re supporting Mrs. Smith Facey have been called ‘ungrateful’.

She believes the endorsement the former Member of Parliament and PNP President, Portia Simpson Miller, has given Mrs. Brown Burke is causing what she describes as a ‘war’.

Sharon and her sister, Patricia, say they’re only exercising their democratic right. Patricia says she wants to be left alone.

Meanwhile, Mrs. Brown Burke says the claims supporters of Mrs. Smith Facey have been receiving death threats may not be true. She says she’ll be investigating. She says there’s a ‘propaganda campaign’ against her.

Dr. Brown Burke says she finds the claims ‘strange’ and surprising’, adding that she and her team would not support that kind of behaviour.

Mrs. Brown Burke says she intends to work with Mrs. Smith Facey and her supporters after Sunday’s selection conference. She’s encouraging the persons making the allegations to take their complaints to the police.