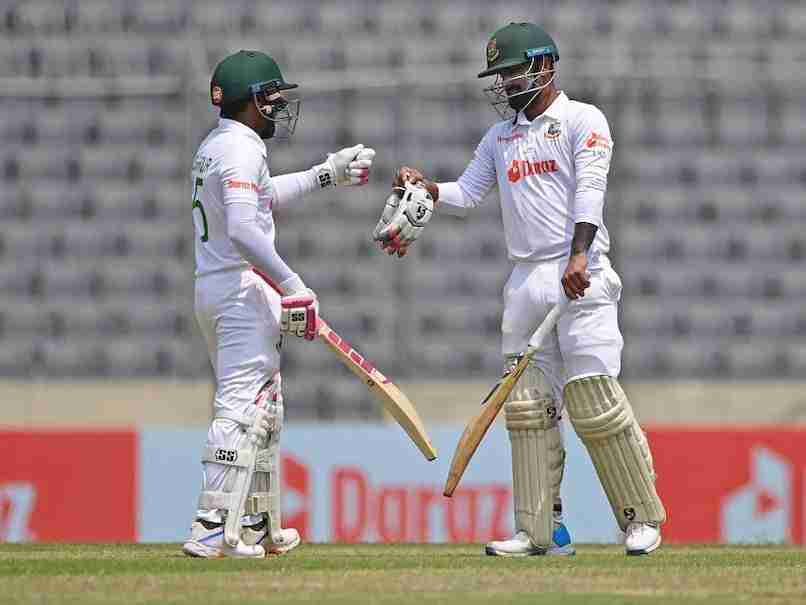 At stumps on day two of the second cricket Test between Sri Lanka and Bangladesh, the Sri Lankans trail by 222 runs with 8 first innings wickets in hand.

Winning the toss and electing to bat, Bangladesh posted 365 all out in their first innings. They recovered from a dismal 24 for 5, to post a total where only three batters got into double figures.

Mushfiqur Rahim topscored with 175 not out, it was his second consecutive century. He featured in a record 272 run sixth wicket partnership with Liton Das who made 141. Six batters were dismissed without scoring.

Bowling for Sri Lanka, Kasun Rajitha bagged five for 64 and Asitha Fernando 4 for 93.

In reply, Sri Lanka got to 143 for 2 at the close of play on the second day. Captain Dimuth Karunaratne is unbeaten on 70, fellow opener Oshado Fernando was dismissed for 57, and Kusal Mendis for 11.

The two Test series is locked at nil all, after the drawn first Test last week.