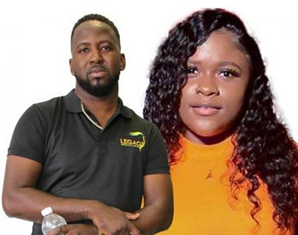 Nationwide News understands the person who the Police believe to be the main suspect in the killing of Calabar High School high jump coach and a woman was killed in a shoot out with the police, today.

38 year-old Nicholas Neuville and 19 year-old Raheima Edwards were found shortly after 6 a.m. on Monday, February 15 in an open lot off Dyke Road in Portmore, St. Catherine.

It is understood a man who the police were pursuing as a suspect in the murders was killed this afternoon in a reported shootout with police at the Portmore mall.

It’s understood the suspected trigger man was at the mall to pick up a gun.

A .38 revolver was seized by the police following the reported shootout.

Police sources indicate Neuville and Edwards were involved in a suspected love triangle involving another woman.

It’s believed this is the reason the suspected trigger man was hired to kill Neuville and Edwards.

It is understood the man killed by the police today, was wanted in connection with another murder committed in December.