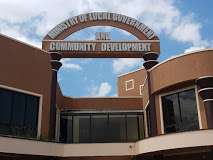 A waste of public resources and a sweet deal for the landlord.

Those were a few of the descriptions used by members of Parliament’s Public Accounts Committee, PAC, today in response to damning details surrounding the recently acquired Local Government Ministry offices in Kingston.

It was revealed the government spent more than 130 million dollars on interim lease fees for the premises but didn’t fully occupy it until a year and a half later.

The property is located at 61 Hagley Park Road, Kingston 10.

It’s been housing the Ministry of Local Government and Community Development since July 2018.

It was fully occupied by the Ministry on September 16, 2018.

That’s approximately a year and a half after the lease agreement was signed with the landlord, Hagley’s Auto Supplies Successors Limited.

Opposition members then complained that it’s this gross waste of public funds that limits the country.

The Permanent Secretary, Marsha Henry- Martin says admittedly there were some things that could have been better handled.

But several members, including PAC Chairman, Mark Golding, were not impressed.

Members and the Chairman expressed concern that the Permanent Secretary wasn’t aware of who approved the contracts for works prior to the occupancy of the premises.

She says several letters have been sent to the individuals in question and an internal review is being conducted.