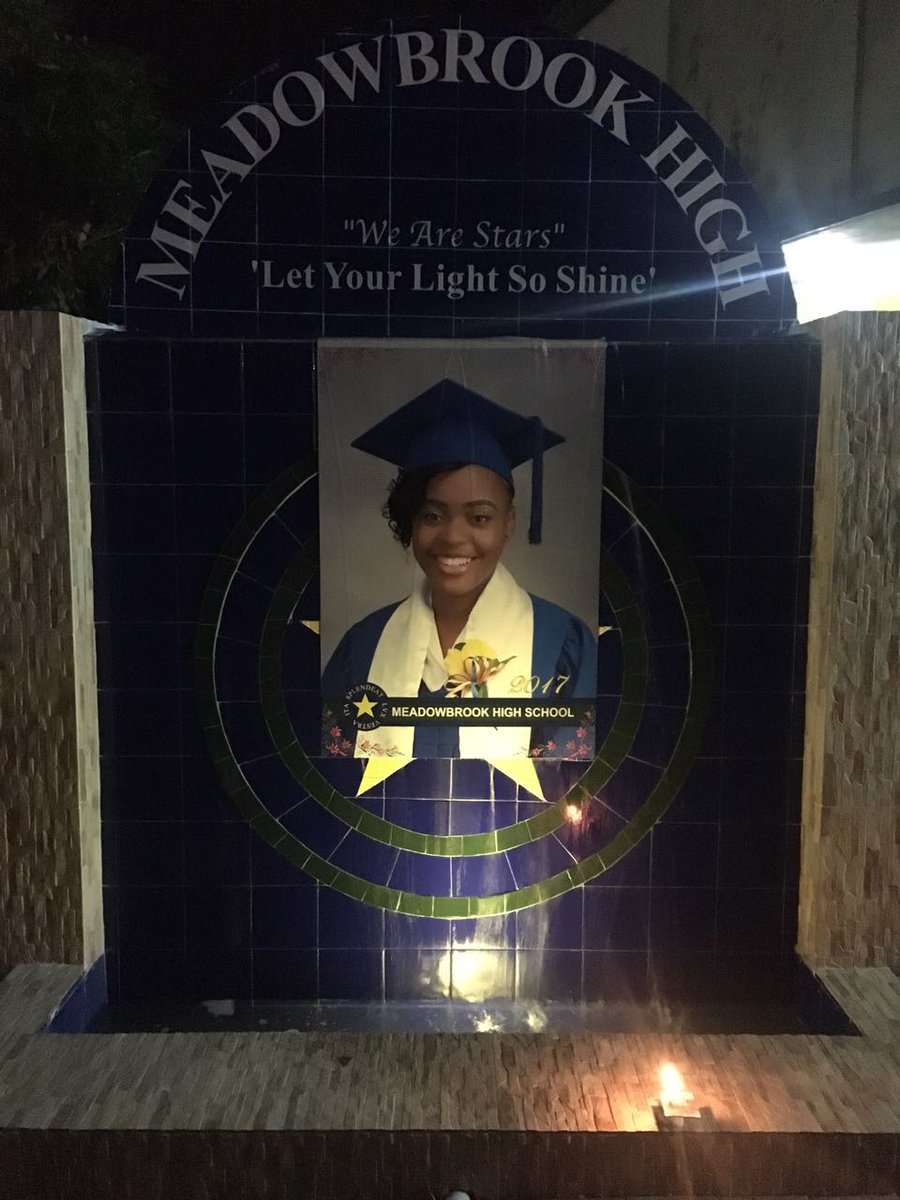 There was an outpouring of support for murdered 17-year old Mickolle Moulton last evening at a candle light vigil to mourn her loss.

The vigil was held at the Meadowbrook High School, where Mickolle was a student.

Mickolle and her sister were asleep at their home in a section of the Arnett Gardens community called Zimbabwe when gunmen fired shots through their bedroom window, hitting them.

Mickolle died on the spot while her 12-year-old sister was also injured in the attack.

Reverend Raymond Coke of the Meadowbrook United Church told the Vigil that Mickolle’s murder should be a signal that Jamaica needs to change.

Mickolle’s mother, Nikeisha Howell, was also present at the vigil.

However, she was too distraught to speak, and spent the entire function in tears.

She says Jamaica has lost someone who could’ve changed the face of the country.

Some of Mickolle’s friends who spoke with us expressed sadness at her passing.

Sheyanne Bennett, a fellow girl guide, describes Mickolle as someone you couldn’t be sad around.

Another friend Attiya Mcpherson who knew Mickolle since the first form says Mickolle had an aspiration to become an international journalist.

She says she was angered by the news of her murder and is pleading with the government to bring her killer to justice.