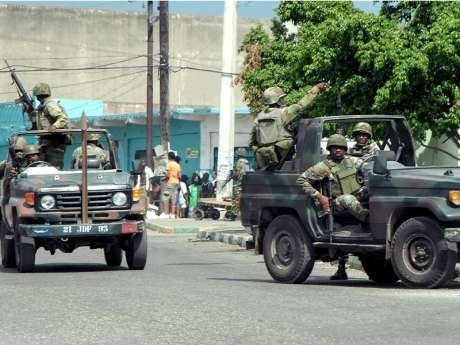 The attorney representing the Tivoli Committee at the West Kingston Commission of Enquiry today suggested that the May, 2010 operation to capture Christopher ‘Dudus’ Coke was ‘an abject failure’.

Attorney, Carol DaCosta , made the suggestion this afternoon to Assistant Commissioner of Police, Leon Rose, as she cross-examined him for a second day.

Mrs. Dacosta made the suggestion on a number of bases including that the security forces never apprehended Coke .

But ACP Rose disagreed with the suggestion.

However, ACP Rose admitted the main objective of the operation was to execute the warrant for Coke’s arrest, pursuant to his extradition to the United States.

He says the operation was also aimed at rescuing residents of Tivoli whom he described as being under ‘siege’.

However, attorney for the Jamaica Constabulary Force, Deborah Martin, objected to the suggestion, saying it’s the remit of the Commission to make any such determination.

Mrs. Dacosta also suggested that the destruction of homes and properties was another indication the operation was a failure.

A statement provided to the Commission by an official at the Ministry of Labour has revealed that 94 houses were totally destroyed during the operation to capture Coke.

ACP Rose was the Head of the Police Mobile Reserve at the time of the joint police-military operation in May, 2010.