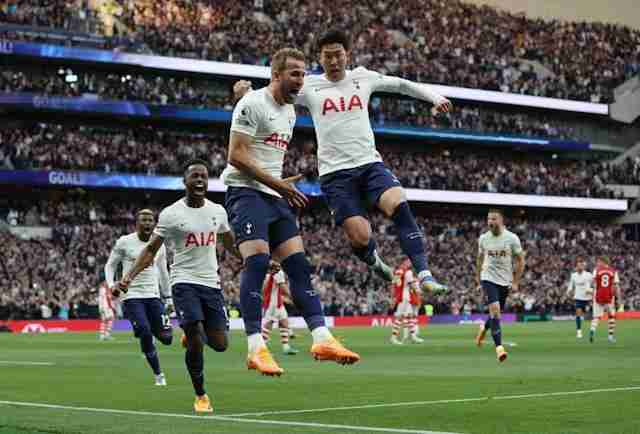 Tottenham revived their hopes of beating Arsenal to the final Champions League qualification position by overwhelming their fierce north London rival in a 3-0 win in the English Premier League, Thursday.

Harry Kane scored twice — including one from the penalty spot — to move Tottenham one point behind fourth-place Arsenal, which had center back Rob Holding sent off in the 33rd minute when the score was 1-0.

There are two games remaining for each team and fifth-place Tottenham’s finish to the season looks easier than Arsenal’s.

While Spurs face two of the bottom four in Burnley and already-relegated Norwich, Arsenal must travel to Newcastle before a home game against Everton.

Tottenham manager, Antonio Conte says it was not easy to manage a game where nothing less than a win was acceptable against Arsenal.