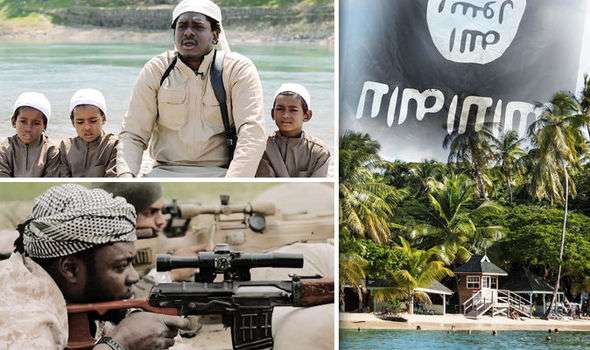 The Islamic State of Iraq and Syria, ISIS, has released an 11-minute video on Facebook featuring four fighters from Trinidad and Tobago.

The four are seen urging Muslims to migrate to Syria to fight for ISIS.

According to Trinidadian media, at least 80 nationals of the twin island republic in the eastern Caribbean from varying professions, have so far migrated to Syria to fight with ISIS.

The video is reportedly filmed in the ISIS stronghold of Raqqa in Syria. It also features children at school where they say they are being taught Math, Science and Islam.

One fighter, Abu Zahid, says he left Trinidad with his three young sons and wife because he couldn’t freely practice his religion.

Another fighter, who identifies himself as a recent convert to Islam, says he left the twin island republic to fight and spread the religion of Islam.

The video is deepening concerns that ISIS is actively recruiting in the Caribbean, and raises more alarm bells about a possible terrorist threat in the region against those who are perceived to be against Islam.

One of the Trinidadian fighters sent this chilling warning.