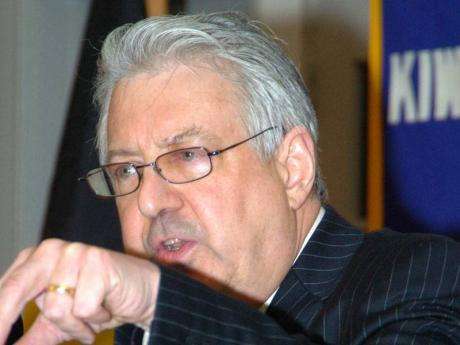 A senior police officer came under scrutiny today at the West Kingston Commission of Enquiry, as he sought to explain errors in his witness statements.

Assistant Commissioner of Police, Winchroy Budhoo, admitted to making a number of errors in his statement concerning the number of bodies that were recovered in Tivoli Gardens, following the May 2010 operation to capture Christopher ‘Dudus’ Coke.

He was being cross examined by attorney for the Office of the Public Defender, Lord Anthony Gifford.

Both Sergeants Watt and Pratt gave testimony at the Enquiry in October.

ACP Budhoo’s statement was written on June 4, 2010, just over a week after the operation.

But it was only yesterday that he notified the Enquiry that his statement contained errors.

Lord Anthony Gifford, Attorney for the Office of the Public Defender and before him Assistant Commissioner of Police, ACP Winchroy Budhoo.