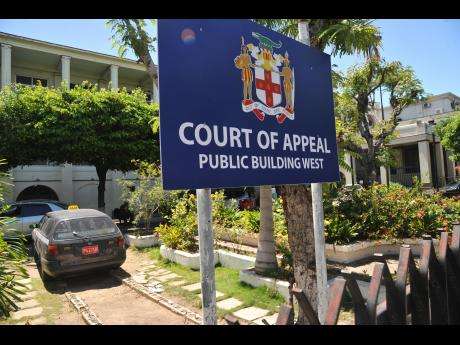 Two former service members of the Jamaica Defence Force, JDF, who pled guilty and were convicted in relation to two missing guns are now appealing their conviction in the Court of Appeal.

The JDF in a statement today responded to the conviction challenge by the two former service members.

The JDF say it’s aware of the allegations made in affidavits in a matter by two former service members, concerning their appeal against conviction in a matter before the Court of Appeal.

It say these affidavits were only served on the Director of Public Prosecution’s office on June 16, 2022 and the court has since given the JDF time to respond to the allegations made.

According to the JDF’s statement, on February 15, 2020, two rifles which were in the possession, care, and custody of the convicted individuals, who were solely responsible for their safe keeping, went missing.

The convicted individuals pleaded guilty before a Court Martial on August 11, 2020 to the case of the missing weapons, which to date have still not been recovered.

They are now appealing their conviction.

In light of the fact that the matter is presently before the court, the JDF says it’s allowing the judicial process to take its course and will cease to make further comments at this time.

At the time the guns went missing in February 2020, Nationwide reported that the military base of the JDF was on a virtual shutdown while a search was underway to find the weapons.

Our newscentre reported that the guns missing were two M-16 high-powered weapons.

In the meantime…the JDF is inviting anyone with information relating to the missing weapons or any other matter of a security nature to call the JDF Tip Line at 876-837-8888.