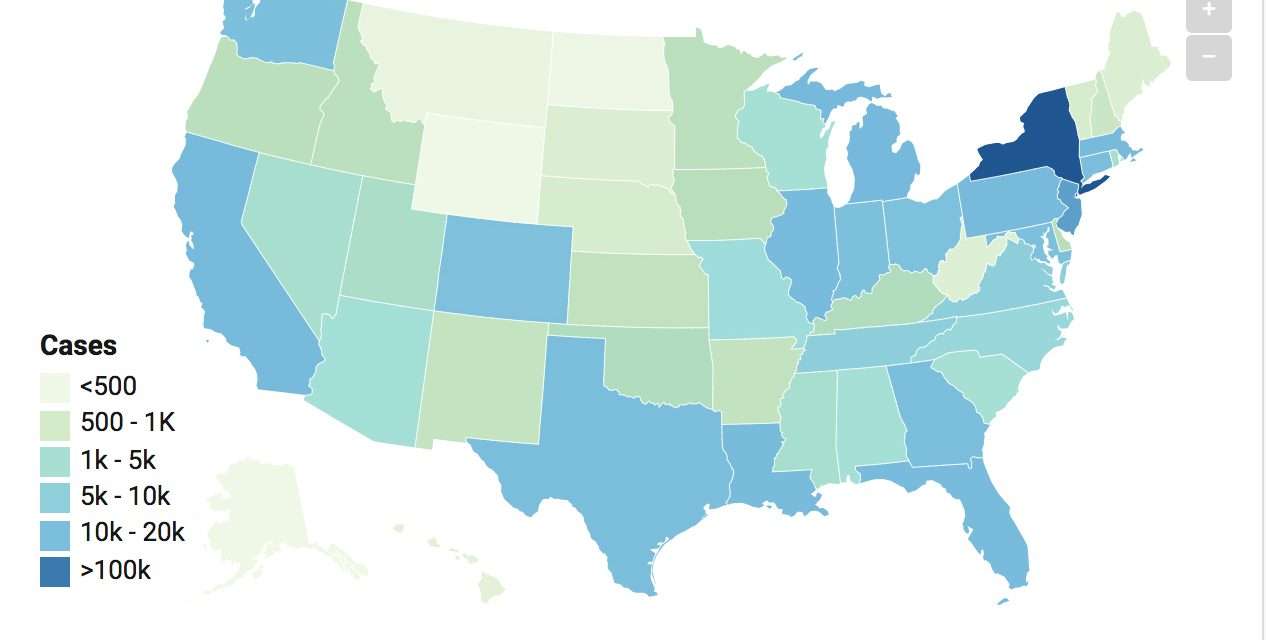 (CBS News) The U.S. on Tuesday reached a total of 1 million confirmed coronavirus cases — now representing nearly a third of all the confirmed cases worldwide, according to data compiled by Johns Hopkins University. The U.S. is by far the country with the most confirmed cases, recording more than three times as many as the next-highest nation, Spain.

The U.S. also has the world’s highest death toll from the virus, with more than 58,000 deaths reported by Tuesday night — more than one-quarter of the 213,000 deaths confirmed around the world.

A projection model from the University of Washington, which is often used by the White House and state health officials, is now anticipating more than 74,000 deaths nationwide by August 4. That’s a jump from its expected death toll of 67,000 just one week ago.

America’s grim milestone comes as some states have already started reopening parts of their economy or announced plans to do so soon. Several states, including Georgia and Oklahoma, allowed some businesses to reopen last week, over the objections of public health officials. Some mayors in these states have continued to enforce stay-at-home orders for their cities.

On Monday, the governors of Ohio, Pennsylvania and Texas announced plans to start opening some businesses and medical offices later this week, with social distancing precautions and limited capacity.

Meanwhile, New York Governor Andrew Cuomo — whose state has the nation’s highest number of cases and over 17,500 deaths to date — said he will likely extend the current stay-at-home order beyond May 15.

A report last week from The Dartmouth Institute found that the coronavirus is continuing to spread rapidly in some areas that are planning to ease social distancing restrictions.