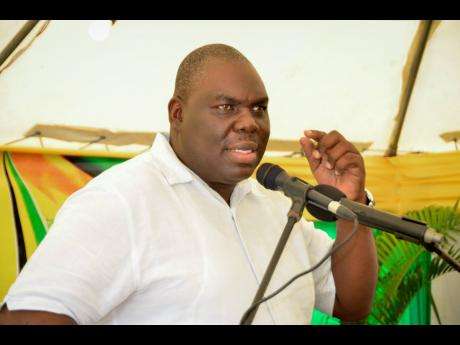 The University of the West Indies Mona Campus is maintaining that it has not raised tuition fees for the 2020/2021 academic year.

The university was reacting to public outrage over media reports last week that its practice of quoting tuition fees in US dollars has resulted in significant increases in payments for some students.

State Minister of Education, Alando Terrelonge, called on the UWI last week to discontinue the practice.

The University says it notes the concerns and is committed to working with students to find solutions.

It says the issue that has triggered the debate relates to movements in Jamaica’s exchange rate.

The UWI says it faces many US dollar expenses in delivering its programmes.

Its Campus Registrar, Donovan Stanberry, says the institution is indeed sensitive to the concerns of students, especially during the prevailing pandemic.

He says UWI is not against discontinuing the practice of quoting fees in US dollars.

Dr. Donovan Stanberry, Campus Registrar at the University of the West Indies Mona, speaking this afternoon with Nationwide News.

UWI says its student population has moved from approximately 15-thousand ten years ago to approximately 20-thousand today, without a commensurate expansion in funding from its contributing countries.

It says the country needs to put squarely on the table, the need for a greater level of long-term savings on the part of parents, for their children’s tertiary education.