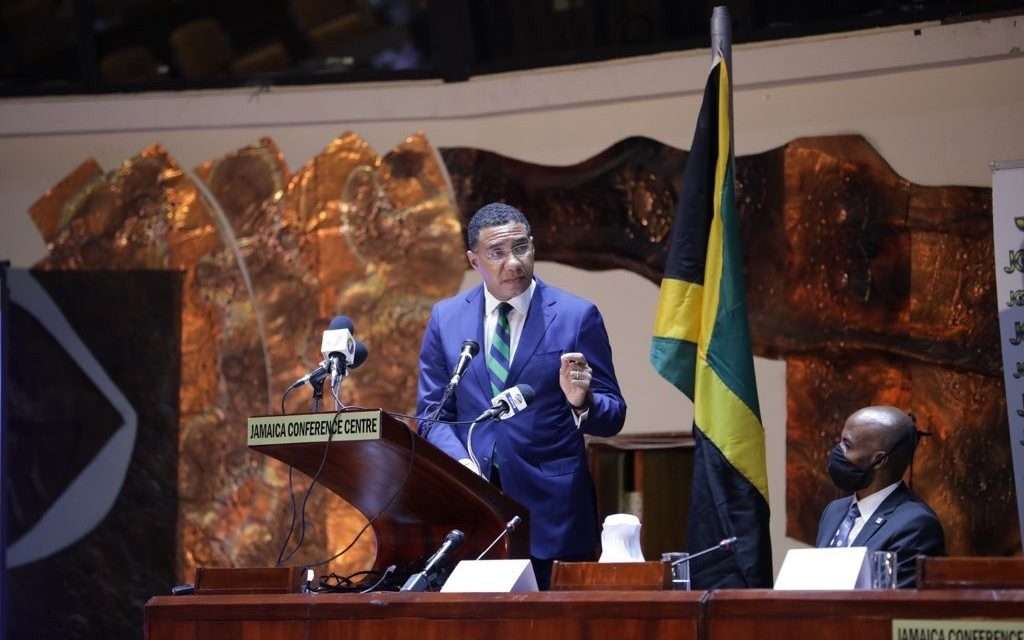 Prime Minister Andrew Holness is noting as significant the establishment of an independent oversight body to monitor and report on the programmes agreed under the new national consensus on crime.

The oversight body is being called the Crime Monitoring and Oversight Committee, C-MOC.

The establishment of the Crime Monitoring and Oversight Committee, C-MOC, was announced today at the launch of the 2020 national consensus on crime at the Jamaica Conference Centre in downtown, Kingston.

C-MOC has been established to also keep the public engaged in the progress on the reduction of crime, corruption and violence.

The priorities under the 2020 crime consensus include strategic social interventions, reforms to the Police force, changes to key legislation and a revised approach in treating with detainees.

Following yesterday’s shooting in Effortville, Clarendon, Opposition Leader, Dr. Peter Phillips, is emphasizing the need for full support in the fight against crime.

Meanwhile, Prime Minister Holness says a consensus is necessary in order to reduce crime consistently by maintaining policies that are effective across administrations.

In the meantime, Dr. Phillips is calling for legislation on national intelligence.

The Prime Minister in response says the government has already begun work to develop legislation that covers national intelligence.