Were ‘Hacktivists’ Linked to ISIS? 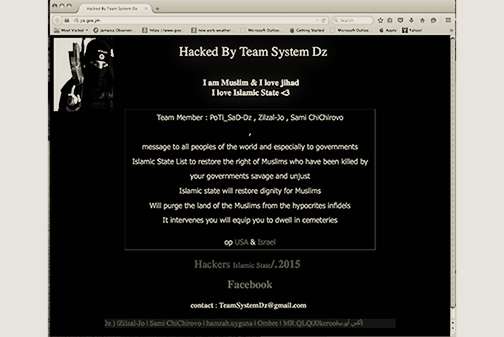 The counter terrorism branch of the Jamaica Constabulary Force says it’s trying to determine whether criminals who crashed the website of the Government’s official information service are in fact linked to the extremist Islamic militant group, ISIS.

Last night, the website of the Jamaica Information Service, JIS, was hacked by cyber criminals who posted messages pledging allegiance to ISIS.

Head of the Police Counter-Terrorism agency, Assistant Commissioner Devon Watkis, says the police are aware that some criminals are given to making outlandish claims.

But he says law enforcement is taking no chances, adding that a number of agencies are seeking to identify those carried out the cyber-attack, in order to determine their motives.

ACP Watkis says the Police are taking an open mind to the investigations.