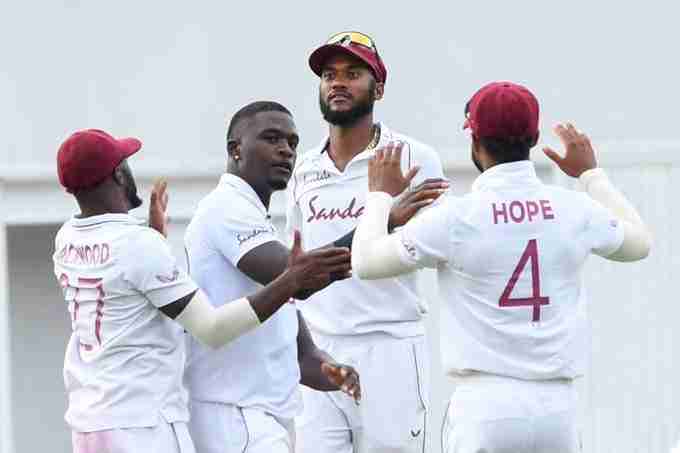 South Africa reached 218 for 5 at stumps on day 1 of the second Test against the West Indies at the Darren Sammy Cricket Ground.

Winning the toss and deciding to field first, the Windies got off to a strong start picking up three wickets with just 37 runs on the board.

Proteas skipper, Dean Elgar then partnered with Kyle Verreynne and the two put on 87 runs for the 4th wicket.

When Shannon Gabriel bowled Verreynne for 27, the score was 124 for 4.

Quinton de Kock then joined Elgar at the crease and the two put on 79 runs before the skipper went for 77, leaving the score at 203 for 5.

The Caribbean bowlers aided the score by contributing 42 extras to the tourists, which included 12 wides.

Bowling for the West Indies, the returning Gabriel took two wickets, while there was one wicket a piece for Kemar Roach, Jayden Seales and Kyle Mayers.

Verreynne says it took a lot of self denial to help his side to a respectable score at the close of play.