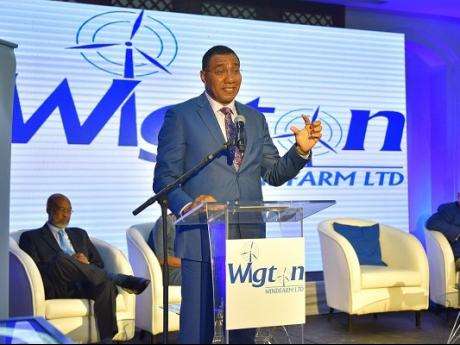 Prime Minister Andrew Holness says Wigton’s listing fulfills the government’s promise to allow ordinary Jamaicans to own a piece of the country’s assets.

Mr. Holness was speaking at the listing ceremony this morning.

Neika Lewis has that story.

The Prime Minister says not everyone in his administration agreed that the government should sell Wigton because it’s a profitable company making money for the State.

But, he says throughout the country’s history, various governments have socialized debt and made Jamaicans pay for their bad business decisions.

He says the government now has to be proactive in promoting ownership, as most Jamaicans have never had the chance to truly own their country.

The Prime Minister says Wigton’s 31-thousand new shareholders will now have a say in how the company is run.