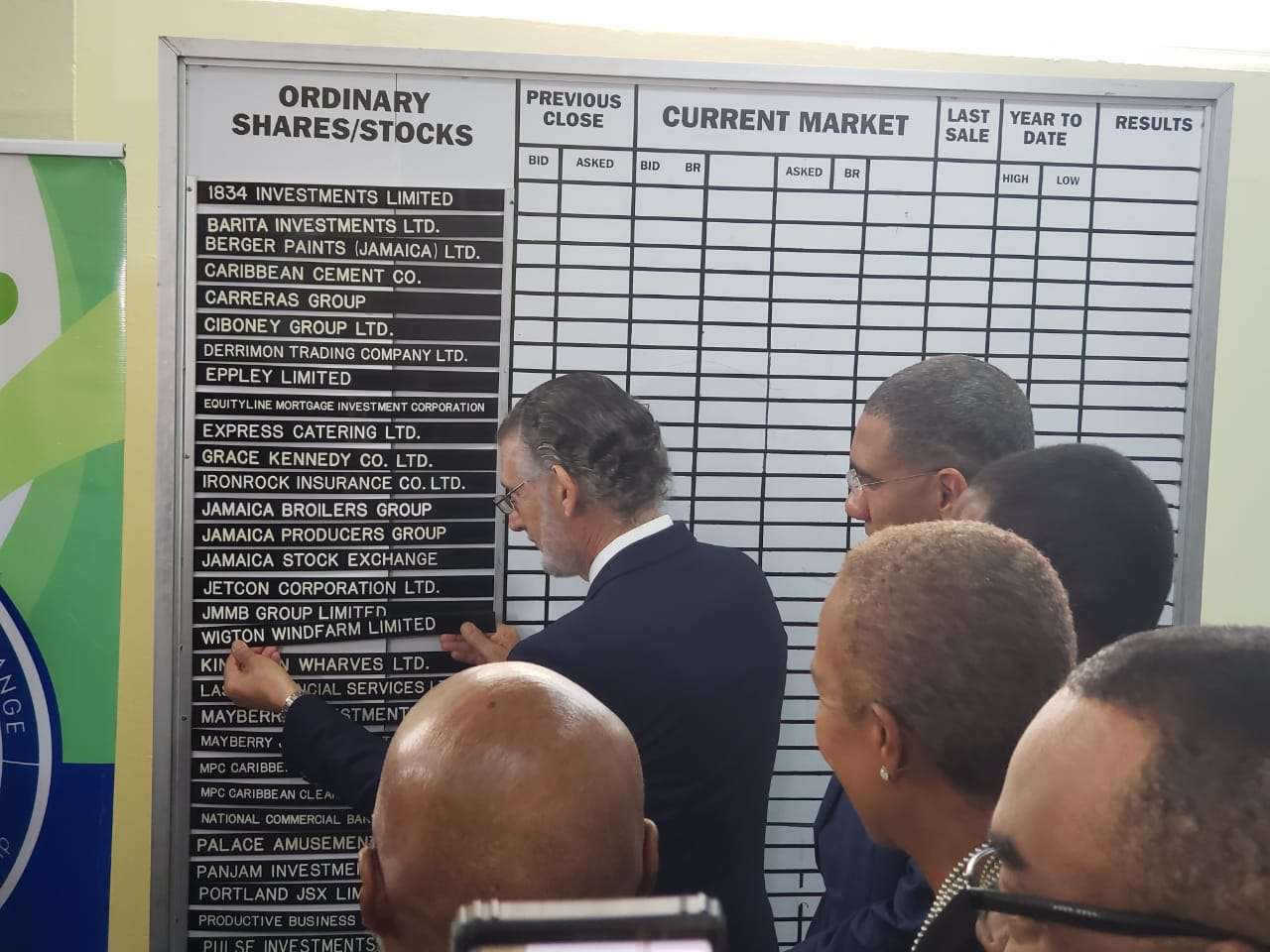 Wigton Wind Farm today listed on the main market of the Jamaica Stock Exchange, JSE, with nearly 12,000 new investors owning shares in a Jamaican company for the first time.

The stock ended its first day of trading at 64-cents a share, up 28-per cent over its initial share price of 50-cents.

It was a historic day in many regards, with the trading of Wigton marking many firsts for Jamaica.

Our Business and Finance Editor, Kalilah Reynolds, was at the listing ceremony in downtown, Kingston this morning.

According to the JSE’s Managing Director, Marlene Street Forrest, Wigton is the largest IPO they’ve ever processed.

With over 31,000 applications, it was four times larger than Wisynco, which previously held the title.

And, there were many other impressive statistics.

The JSE boss says these new investors invested an average of 124,000 dollars each in Wigton.

Interestingly, a lot of young people and women invested in Wigton.

According to Mrs. Street Forrest, half of all Wigton investors are younger than 40.

And, more than half were women.

As trading began this morning, all eyes were on the stock exchange’s ticker, where early trades were selling as high as 75-cents each – a 50-percent increase.

But, the JSE doesn’t allow stocks to appreciate more than 30-percent in a day, in order to prevent people from dumping their stocks for a quick turnaround.

Wigton ended its first day at 64-cents a share – a 28% increase, just under the maximum allowed.

Mayberry Investments CEO, Gary Peart, says this means the company itself is now worth significantly more.