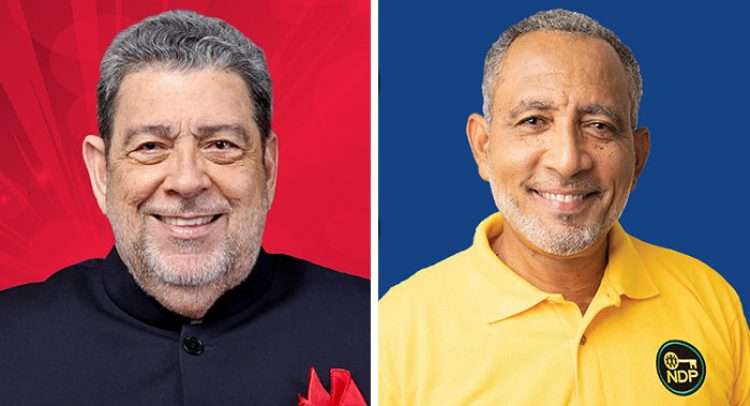 General voting has ended in the St. Vincent and the Grenadines general elections.

But, persons quarantined as result of COVID-19 are being allowed to vote at this hour.

Today’s elections are expected to be a straight fight between Dr. Gonsalves’ Unity Labour Party, ULP and the New Democratic Party, NDP.

The ULP is seeking its fifth consecutive term in office.

Deputy Superintendent of Elections at the Electoral Office of St Vincent and the Grenadines, Sylvester King, spoke with our news centre.

Mr King says the preliminary results of the elections will be announced tonight.

And, the Deputy Supervisor of Elections says there were no significant incidents during today’s voting.

Sylvester King, Deputy Superintendent of Elections at the Electoral Office of St Vincent and the Grenadines, speaking with Nationwide News.

The NDP is being led into elections for the first time by lawyer Dr. Godwin Friday.

In the last elections in December 2015, the ULP won the NDP by eight seats to seven, the same one-seat margin as the previous election in 2010.

Meanwhile, the Caribbean Community, CARICOM, is mounting a mission to observe the elections.

A member of the Antigua and Barbuda Electoral Commission, Anthonyson King is heading the 6-person mission.