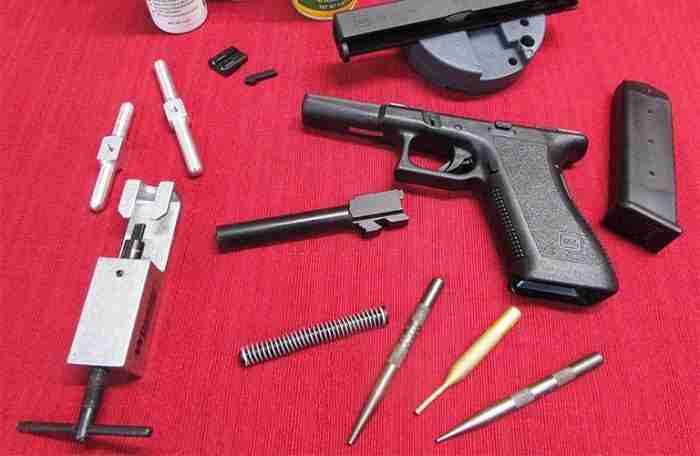 The prosecution’s second witness in the Klansman gang trial says the gangsters would hide and repair guns at an old hardware in the Backland area of Jones Avenue.

The former gangster turned state witness is presenting evidence against 33 alleged gang members including Andre Blackman Bryan, the man he said headed the One Don faction of the gang.

He says a man he called Kemist was the designated weapon repairer the witness says Bryan would send for to fix guns.

He says Kemist had a tool box with everything needed to repair guns.

The witness detailed how in one instance he had asked Bryan to take a weapon to Kemist to fix.

He says that weapon, a rifle, the gangsters called the God.

He says another gangster called Shek retrieved the weapon from its hiding place near the hardware.

And he says he waited while Kemist fixed the weapon.