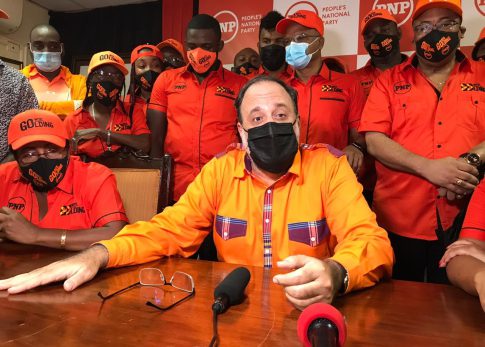 The Opposition party wrapped up its 84th conference on Sunday with a call for unity within its ranks.

The party says its ready to take back the reins of government. Speaker after speaker took to the stage to sound the message of unity and to warn the government that its time was up.

A young professional out of Montego Bay, St. James, Chevan Maxwell agrees. He says the party’s conference may have done a lot to convince undecided voters.

The conference saw presentations from President of the PNP-YO, Gabriella Morris, Senator Damion Crawford, and young political representatives from across the region.

Communications practitioner, Suelle Anglin, says the conference had important highlights which should appeal to young voters.

For his part, Chairman of the Youth Advisory Council, Orville Levy, noted that the platform put forward by the party at its conference was an inclusive one.

The young people were speaking on Nationwide This Morning.