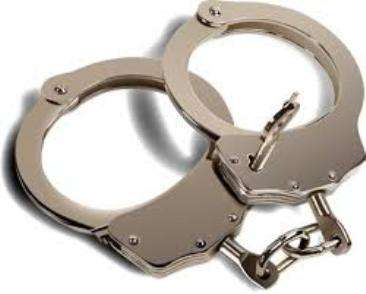 By Nationwide NewsnetJun 30, 2014, 23:51 pmComments Off on Jamaican Fugitive Alleged to be Death Squad Member Arrested in Canada

A Jamaican fugitive  alleged to be a member of what is being referred to as a ‘Jamaican Death Squad’ was arrested in Canada last Friday.

Reports in the Canadian media say the fugitive is a former Jamaican policeman caught in the dragnet cast by the ongoing investigations being carried out by Jamaica’s Independent Commission of Investigations, INDECOM.

A report carried on Toronto’s NewsTalk Radio, says 28-year old Witney Hutchinson was arrested by members of the Toronto Police Fugitive Squad on Friday, with the help of the Royal Canadian Mounted Police (RCMP) and Durham police.

Detective Andrew Lawson of the Toronto Police Fugitive Squad says his information is that Hutchinson fled Jamaica and entered Canada, lawfully, to visit family about two years ago.

He says his understanding is that “this is a group of police officers basically going around and committing murders.”

The Detective says he received a call from the RCMP last Monday that a man wanted for murder in Jamaica was believed to be in the Greater Toronto Area.

He says, while the suspect wasn’t wanted until recently, he was being investigated for as many as forty other murders. Lawson says the fugitive was a police officer at the time of the incidents.

Witney Hutchinson was arrested on Friday at a home in the Ajax area.He has been taken into custody pending his removal from Canada back to Jamaica.

Eleven Clarendon-based policemen are now before the courts accused of committing at least six murders between them.

This report out of Canada comes on the same afternoon of official news that Police Commissioner Owen Ellington is to retire from the force over the Indecom death squad probe and the upcoming West Kingston commission of enquiry.