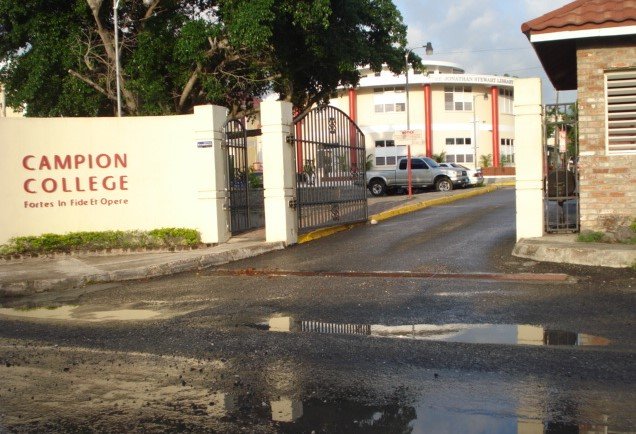 The Campion College school community has been plunged into mourning after a fifth form student drowned in the school’s pool today.

Dead is Jordan Gibson. The school confirmed the passing of Gibson in a statement to parents today.

“It is our very sad duty to share the news of the tragic passing of Jordan Gibson,” read the statement.

Reports from several sources, including Jordan’s friends, say he suffered from epilepsy. However, it’s understood that Jordan’s doctors approved his participation in the water sport.

One of Jordan’s friends, who spoke with Nationwide Online, says the incident happened at try outs for the school’s polo team.

According to the student, who we’re not naming because he’s a minor, Jordan was in the middle of practice when another student noticed he went under water and had not returned to the surface.

The student raised the alarm and coaches rushed to remove Jordan from the pool.

The student who spoke with our news centre says the coaches immediately attempted to resuscitate Jordan.

The school says its principal, Grace Baston, its vice-principal, David Henry and other members of staff were present during the attempts to save Jordan.

However, the young man was pronounced dead at the hospital after being transported there by paramedics.

The student who spoke with our news centre says he will always remember Jordan as the loudest person in the room.

The student says Jordan was an extrovert and would often confide in friends that they would see him on television when he grows up.

Those dreams of stardom have been cut short, but the student is taking solace in the memories of their friendship.

“He was doing what he loved,” the student told our news centre. “He’s probably looking down on all of this smiling.”