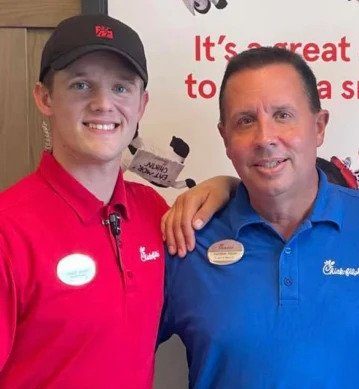 A Chick-fil-A employee from Florida is being hailed for his heroic actions in helping a woman and a baby who were being carjacked.

The employee has been identified as Mykel Gordon. Reports are Gordon heard the woman screaming for help and raced to tackle the alleged assailant. Gordon then holds down the assailant as help arrives.

According to police reports, the alleged attacker, William Branch, approached the woman and attempted to take her car keys. The woman told the police her nephew was in the car.

A cellular phone video of the incident has gone viral on social media. The incident occured in the Fort Walton Beach area. Branch has since been charged with carjacking with a weapon and battery.

Further reports indicate Branch was involved in another incident about 10 minutes before the one caught on camera.

Branch reportedly reached into another woman’s car and sat on top her telling her to get out of the car. Gordon reportedly chased off Branch during that incident.