$800M Committed To Schools Ahead of October 5 Reopening – EDUCATION MINISTER 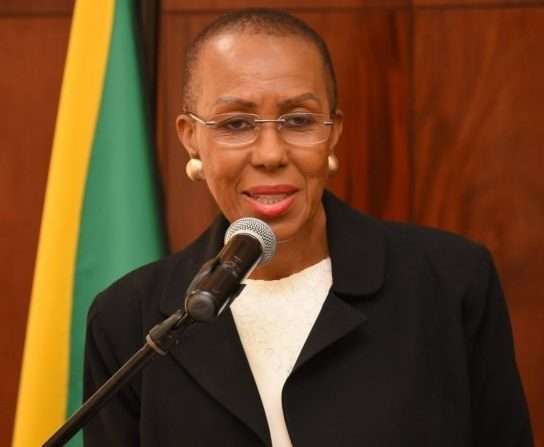 Education Minister, Fayval Williams, says the government will be spending more than $800 million on additional resources for students ahead of the October 5 reopening of schools.

Minister Williams says it should also be noted that the ministry’s provided the full complement of text books need by the schools for this term.

The Education Minister says at the secondary level a blended approach will be used.

She says students will also have access to E- books.

Minister Williams says most of the e-books however are PDF and are therefore not interactive.

She says students will receive access codes for the various e-books.

In the meantime, the Education Minister is insisting that no school is allowed to have face to face orientation or classes at this time.

Her warning comes after a case of COVID-19 at the Yallahs High School in St Thomas reportedly disrupted a face to face orientation this week.

The Minister says her position’s the same for all schools including early childhood institutions and pre-schools.

Meanwhile, the Ministry’s also insisting that all schools provide psycho-social support for students and parents during the prevailing pandemic.

Fayval Williams, Minister of Education, speaking this afternoon during a virtual media briefing.

In the meantime, the principal of school that hosted a face-to-face orientation session on Monday is claiming the exercise was necessary to ascertain the students’ ability to access lessons online.

Principal for the Yallahs High School, Mark Malabver, says the school did not intend to have in-person classes.

Monday’s orientation session at the school was aborted due to a staff member contracting COVID-19.

According to Mr. Malabver, the school was attempting familiarize the students with its new online learning management system.

Meanwhile, checks conducted by Nationwide News suggests that the Corporate Area-based One Way Preparatory School is hosting face to face classes in breach of the Education Ministry’s instructions.

During avisit to the school today, students were seen lingering on the compound.

When our news centre asked to speak with the school’s principal, Romario Wright, we were told he was unavailable as he was in a meeting.

Staff members at the school who spoke with our news centre confirmed that classes were held for the day and that safety protocols were being observed.