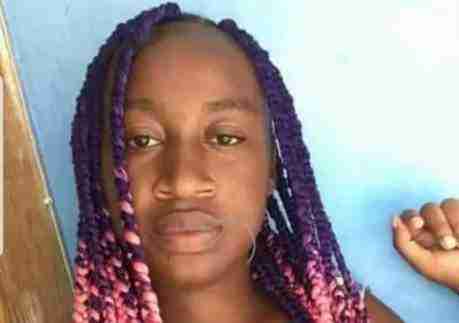 A mob descended on the Rhoden Hall community in Clarendon yesterday in an attempt to carry out vigilante justice against a man who’s accused of killing his pregnant girlfriend.

The dead woman has been identified as Tashika McKay.

It’s alleged the man slashed the young woman’s throat during a dispute at her home.

Videos circulating on social media show the accused being escorted from the area by heavily armed members of the Jamaica Constabulary Force who rescued him.

Several residents followed in immediate pursuit, some with big stones in hand wanting to attack the accused man.

In one of the videos circulating on social media, the Police were seen firing several warning shots in the air during the chaos to prevent residents from hurling missiles at the accused who they hurriedly tried to get into an awaiting service vehicle.

Some residents can be heard calling for the Police to hand over the accused to them.