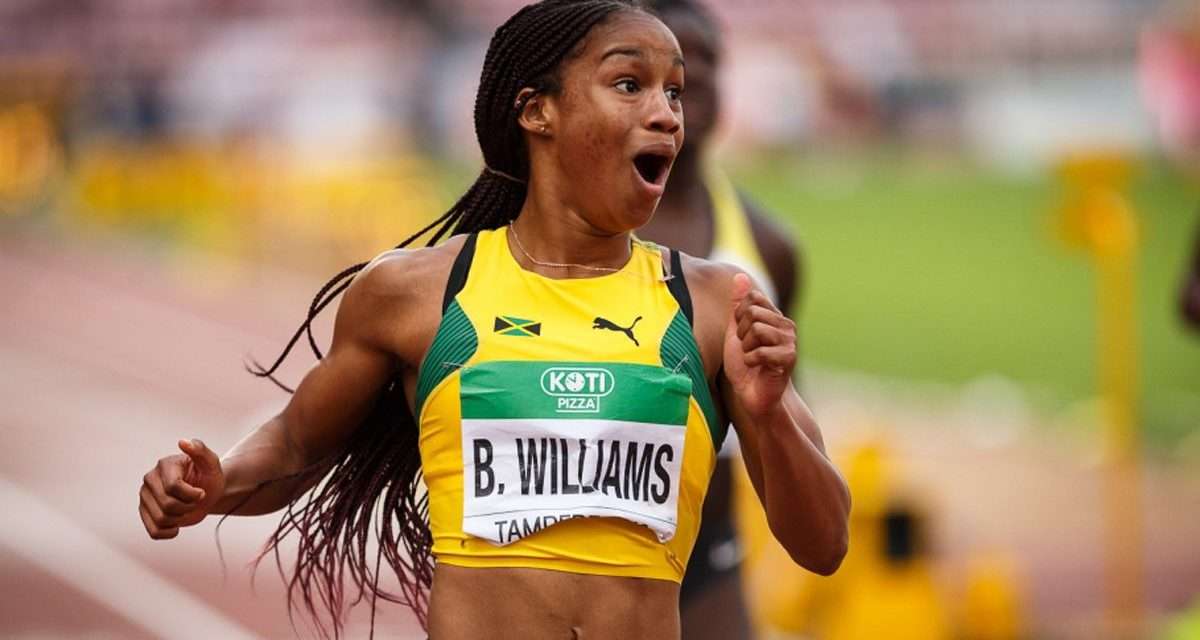 World Under-20 sprint double gold medallist Briana Williams, Commonwealth champion Kimberly Williams and world silver medallist Danniel Thomas-Dodd are among 12 Jamaicans who are down to compete at the USATF Grand Prix on Saturday at the University of Oregon’s Hayward Field in Eugene, Oregon.

Briana Williams is down to compete in the women’s 100m, which is being held as part of the Oregon Relays.

Briana Williams opened her season last Saturday with a 22.93-second clocking for sixth place in the women’s 200m at the World Athletics Continental Tour Silver meeting in Miramar, Florida. This will be the 19-year-old first 100m race for the season.

Kimberly Williams will face off with in-form Thea LaFond of Dominica and the USA’s Tori Franklin in the women’s triple jump.