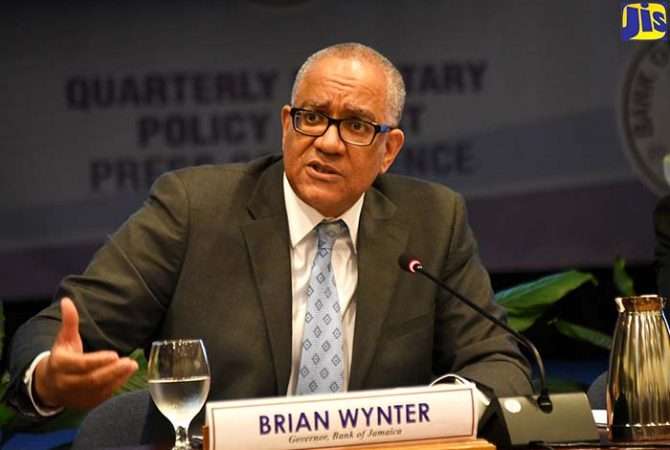 Former Bank of Jamaica Governer, Brian Wynter, has hit back at critics who’ve described his appointment as Senior Advisor to the NCB Financial Group, as risky.

Some say Mr Wynter should’ve let reasonable time pass before being engaged by the private sector.

But the former BOJ Governor says there are no rules guiding how much time should elapse before he can take up an offer in the private sector.

When asked what he made of criticism and concerns that a former governor of the central bank’s being appointed to such a senior role in the private sector Mr Wynter responded.

He notes that his appointment to the NCB Financial Group doesn’t conflict in any way with the law, emphasizing that he’s been contracted to Consult with the group for 1 year.

He says the question then is should there be a mandate for a break and if so, how long should that break be.

But he’s left the Central Bank just under a year now.

And the Former Governor says he doesn’t feel the NCB will be at an unfair advantage for his appointment adding he’s been available to all the competitors.