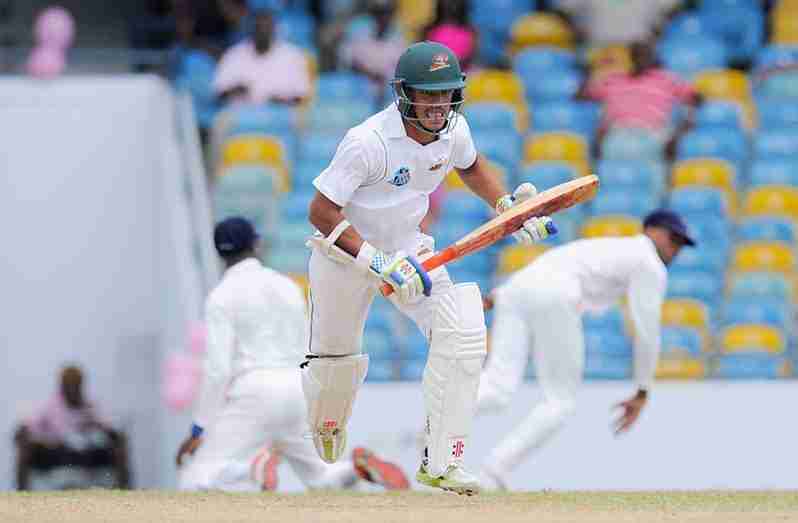 Guyana Harpy Eagles reached 584 for 7 at stumps on day-3 of the West Indies Regional 4-day Championships against the Jamaica Scorpions at the Diego Martin complex, in Trinidad and Tobago.

Tagenarine Chanderpaul made 184 and Tevin Imlach 79, Chanderpaul Hemraj 78 and Leon Johnson 57. Vishaul Singh 100 and Gudakesh Motie 12 are the not out batsmen.

The Scorpions were bowled out for 393. Jermaine Blackwood made 114, and Aldane Thomas 100.

The Harpy Eagles lead by 191 runs.

Over at the Queens Park Oval, the Windward Islands Volcanoes reached 127 for 3 – needing a further 287 runs to win in their match against the Leeward Islands Hurricanes.

The Leewards declared their second innings on 252 for 8. Devon Thomas made 51 and Ross Powell 40.

And defending champions, the Barbados Pride beat the Trinidad and Tobago Red Force by an Innings and 22-runs in their match at the Brian Lara Cricket Ground.

Batting a second time, the Red Force were bowled out for 139. Yannic Cariah top scored with 35 and Keagan Simmons made 31. Akeem Jordan and Justin Greaves each took 3-wickets for a 5-wickets match haul each.