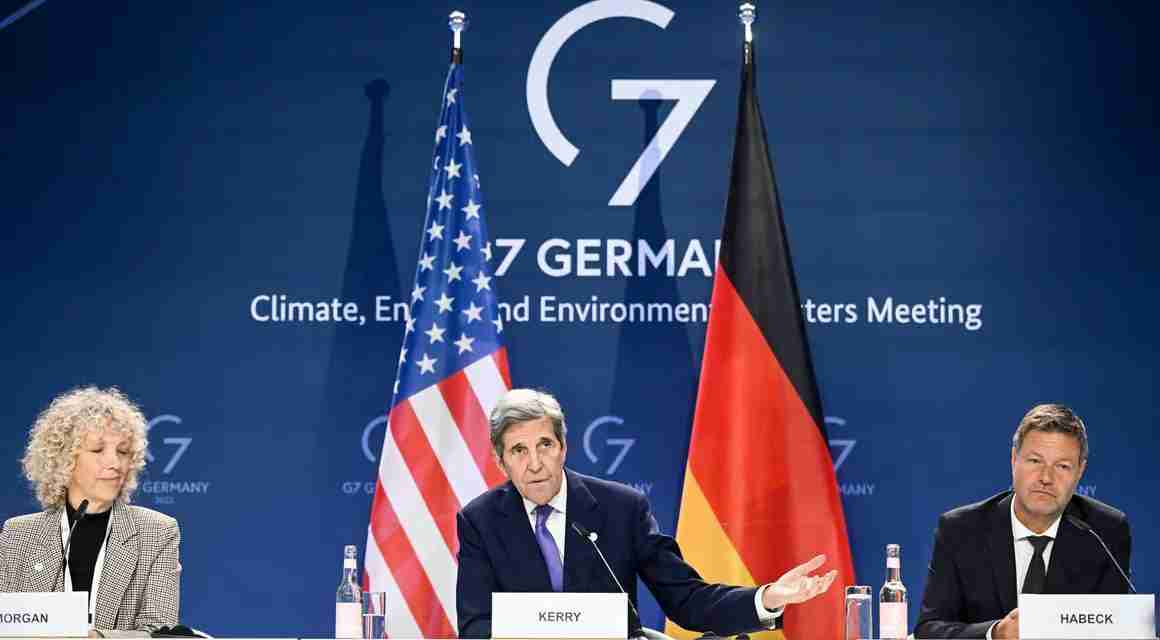 Experts say this is a major step in helping the world avert catastrophic climate change.

Climate, Energy and Environment Ministers made the new pledge in a 40-page communiqué at the conclusion of their meeting in Berlin, in which they also committed to an eventual phase-out of coal power generation.

However they gave no deadline for when they would do so.

The decision on decarbonisation does, however, leave countries open to continue using fossil fuels if their greenhouse gases are abated, which means they emit less when burned, or captured.

The G7 includes the United States, Canada, France, Germany, Italy, Japan and the United Kingdom, as well as the European Union.

Their decisions on energy and climate are often pitched to the wider G20 group, which together produce 80% of the world’s greenhouse gas emissions. The G20 will meet in Bali in November.