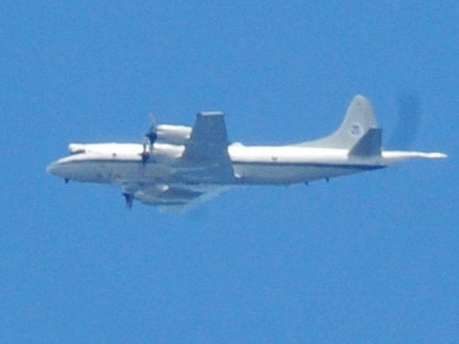 Nationwide News has obtained e-mail correspondence from the United States government suggesting that it did receive a request from the Government of Jamaica for surveillance assistance before former Prime Minister, Bruce Golding, said he wrote asking for help with the operation to capture Christopher Coke.

The e-mail suggest that someone representing the Government of Jamaica made a request on or before May 19, 2010.

Former Prime Minister Golding on day one of his testimony at the West Kingston Commission of Inquiry referred to the mystery of the US plane flying over Tivoli Gardens.

Mysterious because it was there before he requested US Surveillance assistance.

Documents from the US State Department deepen the mystery.

Nationwide News has obtained e-mail correspondence sent to the State Department from Isaiah Parnell — who was head of the US Embassy in Kingston at the time of the police operation into Tivoli Gardens in 2010.

Mr Parnell wrote: “FYI, I am approving a GOJ request to provide DEA surveillance tracking support over the neighbourhood in which we think Coke is hiding out.”

He continued: “This support will include the use of a DHS aircraft flying unseen over the area with tracking and surveillance equipment.”

Isaiah Parnell sent that e-mail on May 19, 2010 — days before Mr Golding said he requested assistance.

Mr Parnell’s message didn’t say who made the request. But why wasn’t the Prime Minister told that a request for US assistance was already made?

Was the request actually made?

The Counselor for Public Affairs at the U.S. Embassy, Joshua Polacheck, says definitely it was.

So who made the request on behalf of the Jamaican government is still not known.