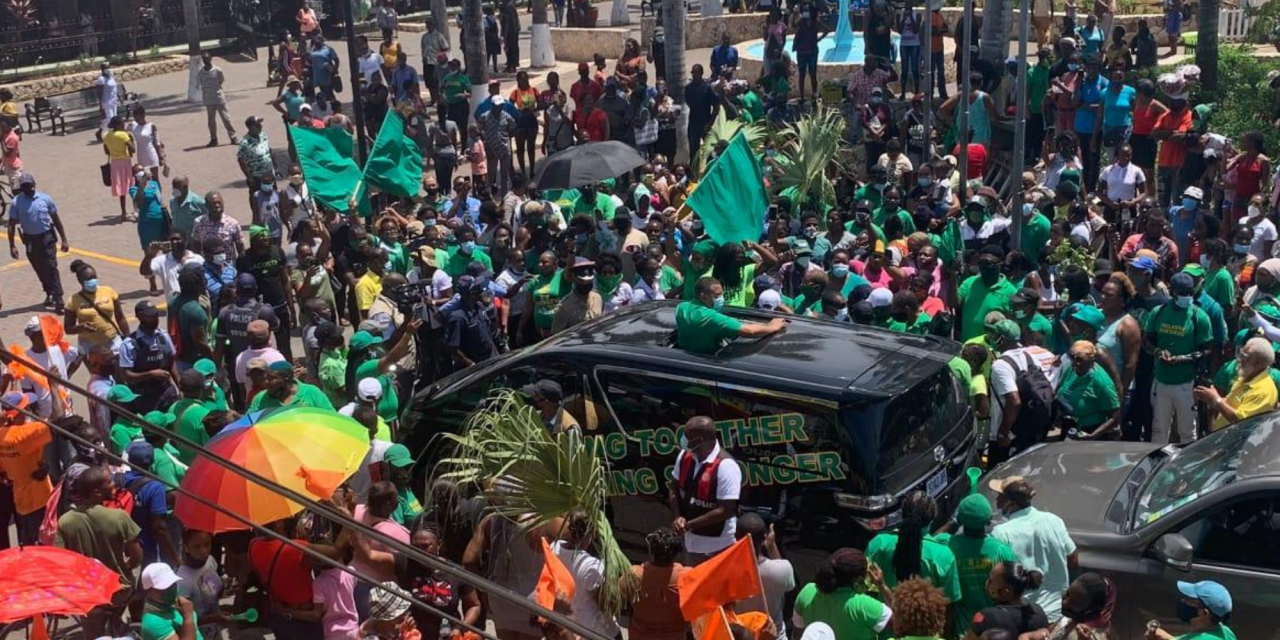 There were some tense scenes in Falmouth Trelawny this afternoon after JLP and PNP supporters clashed in the parish capital.

The police had to intervene to keep the supporters apart.

In reacting to what happened while he was touring Falmouth, Prime Minister and Jamaica Labour Party leader, Andrew Holness, blasted the PNP supporters.

He’s accused them of ambushing a JLP motorcade in Water Square in the town.

Mr Holness was on a tour with the JLP candidate for North Trelawny, Tova Hamilton.

When they arrived in Falmouth, his motorcade was met by PNP supporters.

The Prime Minister in addressing the issue says no one in his party will have his support for such behaviour.

The PNP supporters who came out in their numbers were clad in party colours depicting the photo of their candidate and waving party flags, banners and blaring music representing the PNP.

What started out as a friendly party atmosphere between both JLP and PNP supporters later became disruptive.

Mr Holness says the time for such antagonistic politics is over.

The Prime Minister says the town of Falmouth has not benefited in its many years of voting for the Peoples’ National Party.

Several attempts to contact the Member of Parliament for North Trelawny, the PNP’s Victor Wright were unsuccessful.