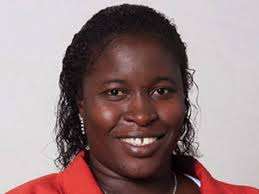 The embattled immediate former Mayor of Lucea, Shernet Haughton, says she’ll not go quietly if she’s forced to give up her seat as councilor for the Green Island division.

This after the Office of the Contractor General, OCG, tabled its findings into the awarding of contracts to relatives and persons affiliated with her in the House of Representatives last month.

Ms. Haughton is to appear before the PNP’s Integrity Commission to answer to the findings of the OCG’s report.

The former Mayor is defiant.

In an exclusive interview with Nationwide News, Shernet Haughton says she will not be forced out of the Green Island seat.

And if she is forced out, she will take other councillors down with her.

When pressed about the contents of the diary, Councilor Haughton refused to comment further and instead directed us to her lawyer.

Councilor Haughton made the comment after the former Mayor of Lucea, Lloyd Hill, moved a motion yesterday to have all expenditure for the Green Island division supervised by the Mayor of Lucea and Chairman of the Hanover Parish Council, Wynter McIntosh.

In the past, Hill himself was at the centre of several motions by his colleague to remove him as Mayor.

But, the acting Secretary Manager of the council, Shelly-Ann Spence, pointed out that once the Councilor remains active, legally the parish council could not take such a move.

Spence’s advice was supported by the lone JLP councillor for the Hopewel division, Devon Brown and the PNP’s Councilor for the Cauldwell division, Anthony Walker.

In response, Mayor McIntosh suspended the motion in order to facilitate further dialogue on the matter.

McIntosh was sworn in as Mayor of Lucea in August of last year following the resignation of Haughton.

This followed mounting pressure from her fellow councilors and the Member of Parliament for Western Hanover, Ian Hayles.

But there is renewed pressure on her to leave local government representation entirely.

The OCG report which was tabled on March 23, found that there was nepotism, favouritism, and conflicts of interest on the part of Haughton in the awarding of contracts.

The report highlighted that the former mayor awarded contracts to her spouse, sisters, brother, daughters, son, and several other relatives.

The OCG has recommended that Haughton relinquish her post as councillor for the Green Island Division of the Hanover Parish Council.