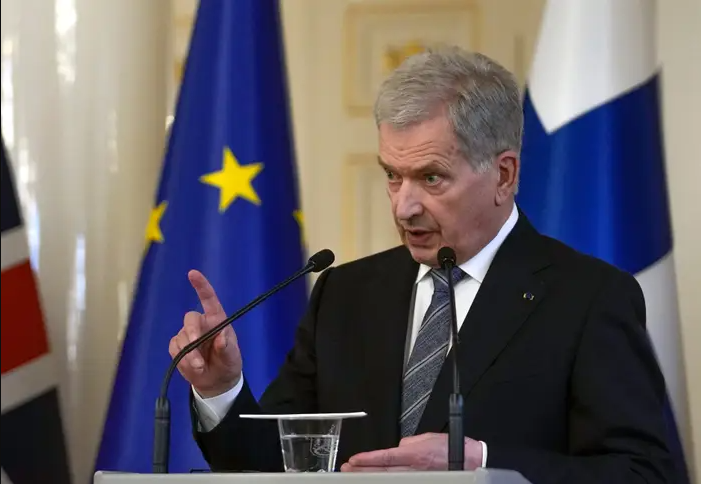 Finland’s President and Prime Minister have called for the country to apply for NATO membership “without delay”.

In a joint statement, the leaders announced that they expected a decision in the next few days.

The move comes amid a surge in public support for NATO membership following Russia’s invasion of Ukraine.

Moscow said Finland’s move was a threat to Russia and the further expansion of NATO would make Europe less stable and secure.

Previously, Russia has threatened unspecified measures – and on this occasion too, Kremlin spokesman Dmitry Peskov did not say exactly how Russia would respond.

“Everything will depend on how this expansion process plays out, the extent to which military infrastructure moves closer to our borders,” he said.

Finland shares a 1,300-km (810-mile) border with Russia. Until now, it has stayed out of NATO to avoid antagonising its eastern neighbour.