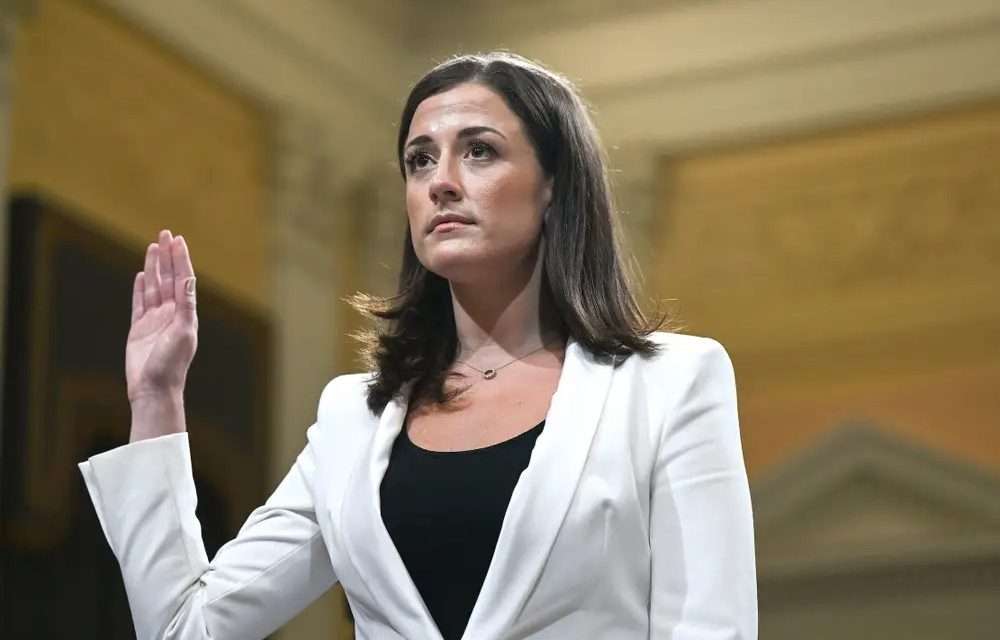 A former White House aide today told the Committee probing the January 6 riots that President Donald Trump knew supporters had weapons when he urged them to storm the Capitol to overturn the 2020 election.

Cassidy Hutchinson testified to the committee that Trump and his top staff knew the potential for violence, but a planned rally went ahead, with Trump saying the armed attendees were “not here to hurt me”.

Hutchinson said Trump also demanded to join the march on the Capitol himself.

In a series of public hearings, the January 6 committee has sought to link the former president directly to the efforts to prevent Congress from certifying the 2020 election results.

The House of Representatives panel accuses Trump of an attempted coup.

The select committee has conducted a nearly year-long investigation into how Trump supporters invaded Congress on January 6 last year to disrupt lawmakers as they certified Democrat Joe Biden’s election victory.

Before today, the congressional panel was missing testimony from inside the room – someone who could offer a first-hand account of the situation in the White House in the critical hours before and during the attack.

As principal advisor to Trump’s chief of staff Mark Meadows, the 25 year old Miss Hutchinson sat less than 10 seconds from the Oval Office, spoke daily with Mr Meadows, and was the chief West Wing liaison to Capitol Hill.

She recounted that several top officials warned repeatedly that Mr Trump’s rally on the 6th of January could spiral out of control.