Former President of the Court of Appeal Slams Legislators 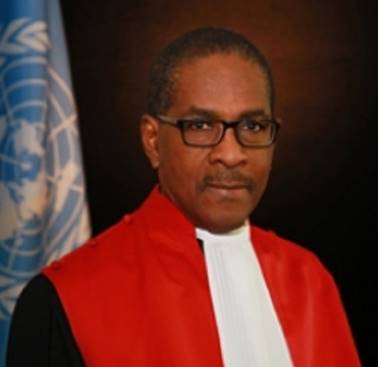 Former President of the Court of Appeal, Justice Seymour Panton, has slammed legislators for their continued usage of the British Judicial Committee of the Privy Council.

Justice Panton says lawmakers are damaging their legacy by its continued use.

He was speaking at last evening’s Law Lecture to mark the 60th Anniversary of the Court of Appeal.

The question of Jamaica’s final appellate court was last before lawmakers in 2015.

Then it fizzled, having lacked the two-thirds majority required in the Upper House to replace the Privy Council with the Caribbean Court of Justice.

Capitalising on the now cancelled state visit of the Namibian President, Justice Panton noted that his country did not suffer the indignity of accessing justice from their former colonial masters.

While not putting forward a particular body to replace the Privy Council he noted that in sixty years of existence Jamaica’s Court of Appeal has delivered sterling judgments, rarely challenged by the British law lords.

He says Politicians need to wake up.

Justice Seymour Panton, former President of the Court of Appeal.

And, President of the Caribbean Court of Justice, Adrian Saunders, questions why 17 years on, Jamaica still refuses to embrace the body as its apex court.

Justice Saunders says the government of Jamaica has failed to seek a return on its $27 million US dollar investment in the CCJ.

Justice Saunders says the body has proven itself since its inception.

He says he’s almost offended that he must still justify within the region, the capabilities of an internationally recognized bastion of jurisprudence.

The CCJ President says the continued use of the Privy Council is a disservice to those in the Caribbean in the pursuit of justice.

Adrian Saunders, President of the Caribbean Court of Justice.

He was speaking at last evening’s Law Lecture to mark the 60th Anniversary of the Court of Appeal.