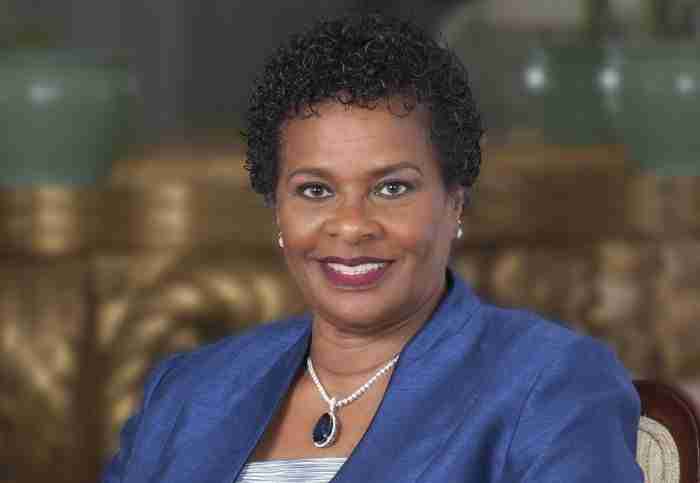 Governor-General, Dame Sandra Mason, has been nominated to be the first President as Barbados moves to become a republic by November 30.

In addition, Barbadians have been given the assurance that there will be no change to the country’s name, flag, pledge or the name of Independence Day.

This was outlined by Prime Minister, Mia Amor Mottley, during an address to the nation on Saturday.

Mottley explained that between now and November, it was the Government’s intention to put a Bajan as the country’s head of state, and Dame Sandra was the person nominated and has consented to the nomination.

She said Dame Sandra’s nomination would now be subject to the vote of Members of Parliament in the House of Assembly and the Senate.

The Prime Minister further outlined that Government was also seeking to determine through a Charter what were the promises and pledges that would be made to each other.

The Prime Minister added that she has asked the Republican Status Transition Advisory Committee to start consultations with people about the kind of promises and pledges they wanted to make to each other.

The third aspect of the process relates to discussions on a new Constitution for Barbados, which is expected to get underway in January 2022.

Prime Minister Mottley explained that Government intended to break down the Constitution chapter by chapter starting with the preamble and the fundamental rights, freedoms, and responsibilities in January, before moving on to other sections.