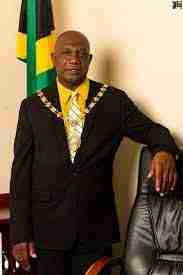 He was responding to claims by Councillor Bell that millions of dollars remain unaccounted for from the municipality’s Special Grants and Repairs, SGR, fund.

But Mayor Stewart says talks around the funds have been ongoing since last year with all elected representatives and administrators.

Mayor Stewart says the SGR funds were used to finance other general demands of the municipality.

Councillor Bell further demanded an explanation for unaccounted funds for the period of April to December in 2021.

Mayor Stewart refuted the claims that those funds were used on special road projects.

Meanwhile, Mayor Stewart says most of the money spent during the April to December period last year was in fact used by Councillor Bell for projects in his division.

The Mayor says approval also has to be given by Local Government Minister, Desmond Mckenzie, before money is spent from the SGR fund.