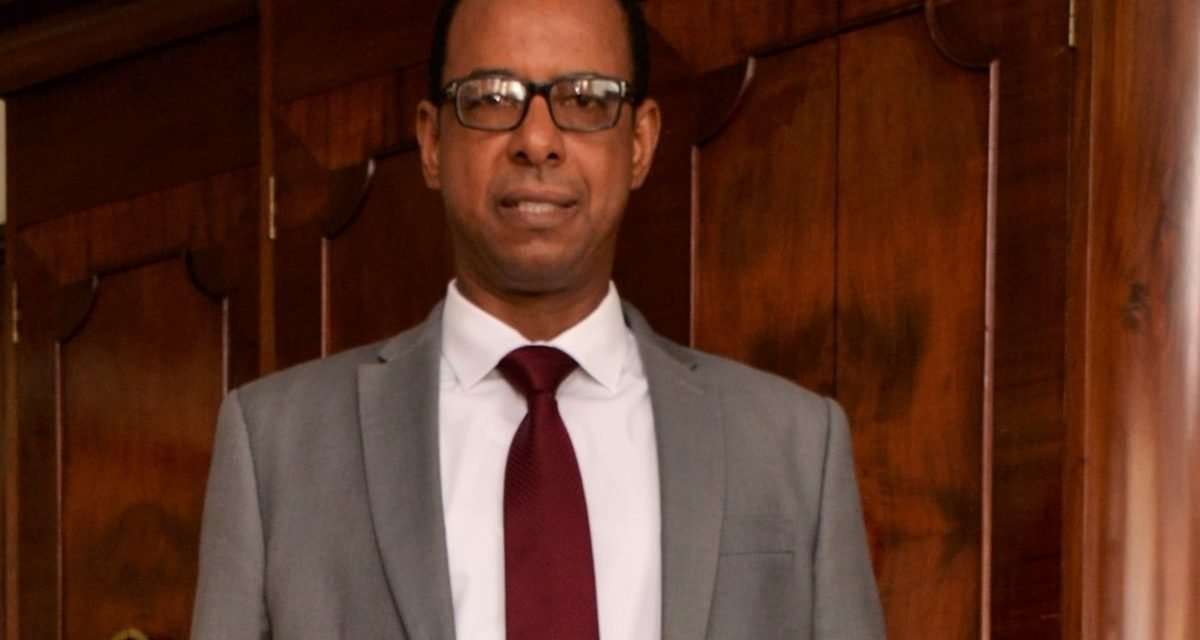 Pressure is mounting this afternoon on embattled former PNP Treasurer, Senator Norman Horne following a Nationwide News exclusive which confirmed he’s a citizen of the United States and ineligible to have been appointed to sit in Jamaica’s Parliament.

Horne is reportedly under pressure to immediately write to Governor General, Sir Patrick Allen, and rescind his appointment.

And, Opposition Leader and PNP President, Mark Golding, has reportedly assembled a high powered legal team to seek the intervention of the Court to have Horne booted from the Senate, if Horne fails to act.

The legal team is on standby pending Horne’s next move in the next 24 hours.

The dramatic turn of events today in the Horne/PNP Senate appointment saga is reverberating throughout the PNP and sections of the country.

The deepening controversy engulfing Norman Horne exploded this morning when Nationwide News told the country that Horne is a citizen of the United States.

We also reported that he has been travelling in recent weeks while using his US passport.

Section 40 subsection (2) of the Jamaican constitution says no person shall be qualified to be appointed as a Senator who is by virtue of his own act under any acknowledgement of allegiance or obedience to a foreign power or state.

In recent years, the Supreme Court of Jamaica has ruled that possession of a United States passport and using the document to travel represents an individual pledging allegiance to a foreign power and consequently being disqualified from sitting in both the Senate and the House of Representatives.

Checks by our news centre reveal that Horne was not qualified to be a Senator when then Opposition Leader, Dr. Peter Phillips, recommended that he be a member of the Upper House.

Our news centre revealed this morning that as recently as November 14 this year, Horne departed Jamaica bound for the United States.

He used a United States Passport to leave the island.

He returned to the island on November 28 while using a Jamaican passport.

Horne also left Jamaica on October 25 this year while using the US passport which confirms that he’s sworn allegiance to a foreign country.

Incidentally, the former PNP Treasurer also departed the island on September 14 this year while using his United States Passport.

That’s the same day when then Opposition Leader Phillips recommended to Governor General Sir Patrick Allen that Horne be one of eight senators recommended for appointment to the Upper House in Jamaica.

Horne returned to the island on September 22. On that occasion he used his Jamaican passport to land.

Horne renewed his US Passport in August this year. It’s current until 2030.

Our news center has also obtained, Mr. Horne’s United States passport number but will not disclose this to protect his privacy.

Mr. Horne told our news center today that he’ll be preparing a statement to respond to the deepening controversy which is engulfing him.

But he said the statement may not be ready today and could be released tomorrow.

Horne says following the issuance of the statement he’ll speak with our news center.

When questioned earlier this week by our news center about whether he’s a US citizen and therefore ineligible to sit in the Jamaican Parliament, Mr. Horne dodged the question.

In October, Horne had insisted that the reason he had initially pledged not to take up the Senate appointment is that it is his conviction that a new PNP President should be given the opportunity to select Senators of his or her choice.

However, when Mark Golding won the PNP Presidential election on November 7 and later recommended that Peter Bunting be appointed to the Senate, Mr. Horne made a U-turn and declined to resign

Yesterday, Horne issued a statement and said he was having mixed feelings about whether he should resign from the Senate. Horne also told the PNP leadership during a high level meeting earlier this week in due course he’d indicate what course of action he’ll take.

On the weekend, the former PNP Treasurer strongly denied word from several PNP source that he was using his appointment to the Senate as a negotiating tool to retrieve monies which he says are owed to him by the PNP.

In the meantime, Mr Horne is refusing to confirm or deny our report about his US citizenship.

Our News Centre contacted Mr Horne earlier and he refused to comment on the matter.

But, he says he’ll speak on the matter in a subsequent interview.