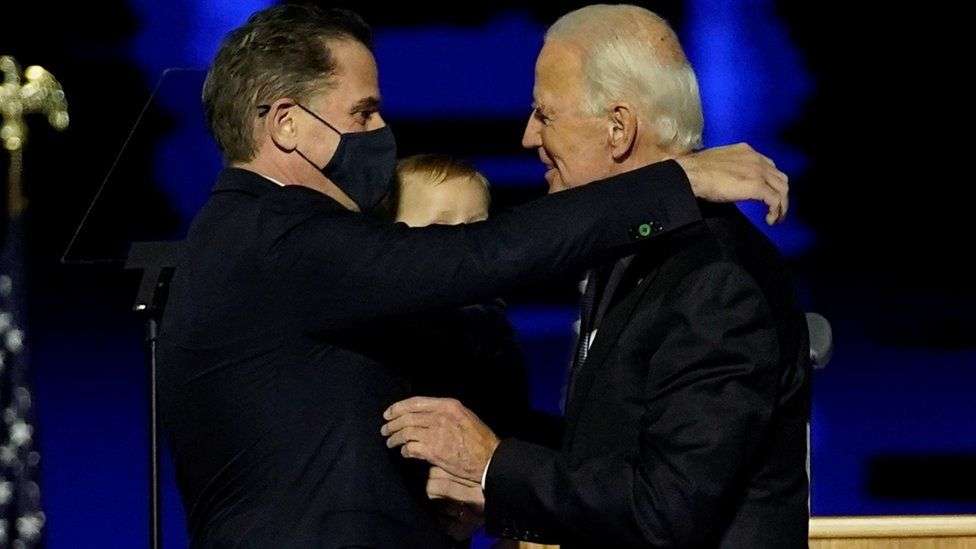 US President-elect Joe Biden’s son Hunter has said his tax affairs are under investigation.

The investigation is being conducted by federal prosecutors in Delaware.

Hunter Biden said he took the case “very seriously” but was confident an “objective review” would show he had handled his affairs “legally and appropriately”.

The Biden-Harris transition team said the president-elect was “deeply proud of his son”.

A statement from the team said Hunter had “fought through difficult challenges, including the vicious personal attacks of recent months, only to emerge stronger”.

Hunter said he learned of the investigation on Tuesday. He did not disclose any further details.

Hunter, 50, was a frequent target of Republican criticism during the 2020 election campaign.

His presence on the board of a Ukrainian energy firm while his father was vice-president came under scrutiny during the impeachment trial against Donald Trump earlier this year.

Mr Trump was accused of pressing Ukraine to probe what the Bidens were doing in the country, and using military aid as a bargaining chip. He was impeached by the House, where the Democratic Party has a majority, but cleared by the Republican-dominated Senate.

The investigation into Hunter’s tax affairs comes as the president-elect assembles his Cabinet. If the case is still ongoing when Mr Biden is sworn into office next month, his pick for attorney general could have oversight of the investigation, AP news agency notes.